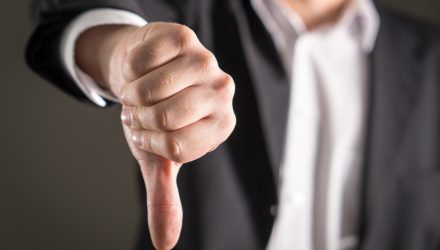 The European Commission Vice-President for the Euro and Social Dialogue Valdis Dombrovskis said in a press statement there was no alternative but to reject the initial proposal as is.

“Unfortunately the clarifications were not convincing to change our earlier conclusions of particularly serious non-compliance,” said Dombrovskis. “The Italian government is consciously and openly going against commitments made.”

“Breaking rules can appear tempting at a first look, it can provide an illusion of breaking free. It is tempting to cure debt with more debt, but at some point the debt weighs too heavy,” he added.

This marks the first time that the European Commission rejected a draft budget proposal by a member country, which helped send the benchmark Italian 10-year bond to its current level of 3.596%.

Per a report, European commissioner Pierre Moscovici already expressed his discontent at the Italian government, saying “the Italian Government presented a government budget with a 2.4% deficit not only for this year but over the next three years to come which is a significant deviation to what was committed before. It may lead to public expenditure that makes you popular for a while, but who pays in the end? The European Commission will exert all of its powers not to impose austerity but in the defense of the Italian and European interests.”

The Italian government sent European markets in a frenzy due to comments from Claudio Borghi, who heads economic policy for the ruling Lega party, saying the country would be better off if it wasn’t tied to a single currency, the euro, and operated on its own currency.