You are at:Home»Investing»Italian Bond Yields Rise Amid Growing U.S.-Turkey Tensions 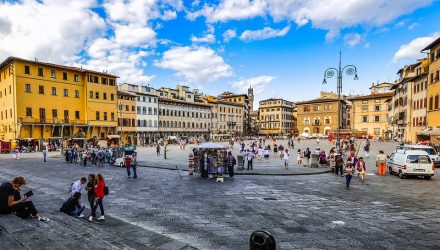 Growing tensions between the Unites States and Turkey hit the benchmark 10-year Italian bond yield as it rose to 3.102, almost matching its highest level over two months ago as concern regarding the country’s banking sector and its exposure to Turkish borrowers gave investors reason to fret. Exacerbating the issue is a shaky Italian government and persistent questions marks with respect to its political health.

“You have risk aversion and concerns about Turkey contagion risk hitting Italy against a backdrop of the Italian government not quite on the firmest footing,” said David Vickers, a senior portfolio manager at Russell Investments in London. “You look for where there is fragility and the uncertainties surrounding Italian politics are more acute when you get global pressures.”

Turkey continues to face ongoing pressure on its currency as well as its bonds, which has replaced Argentina as the worst performer for bond investors, according to a report by Bloomberg. Against the dollar, the Turkish lira has experienced a Niagara Falls-like drop to its current, depressed levels the past week.

The Turkish lira got no reprieve as U.S. President Donald Trump doubled down on his decision to impose tariffs of 25% on imported steel and 10% on imported aluminum–President Trump announced last Friday that tariffs would be hiked to 50% and 20%.

I have just authorized a doubling of Tariffs on Steel and Aluminum with respect to Turkey as their currency, the Turkish Lira, slides rapidly downward against our very strong Dollar! Aluminum will now be 20% and Steel 50%. Our relations with Turkey are not good at this time!

To exacerbate the turmoil in Turkey, President Trump imposed sanctions on Turkey’s interior and justice ministers for their role in the internment of U.S. pastor Andrew Brunson as well as other Americans for terrorism.