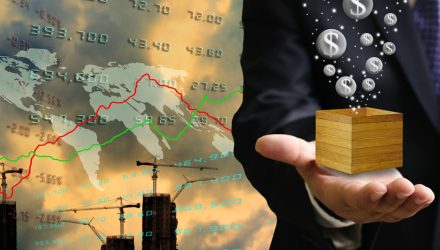 Is There a Passive Investing Bubble?

Since I published the article “The Economic Analysis of Active vs. Passive”, I have received a lot of feedback from friends and colleagues. A number of people were very concerned about the potential impacts of increasing passive investments on the health of financial markets. When I did a google search, words like “the greatest bubble ever” or “dysfunction” were used to describe the recent shift to passive investing.  The biggest concerns are focused in two areas: (1) Passive investing drives up market valuation and potentially creates a bubble; (2) Passive investing ignores the fundamentals of each individual stock. and thus hurts the price discovery, creates dysfunctional financial markets. In this article, I will address these two issues.

Money has flowed from active managers since the financial crisis amid underperformance and high fees, in favor of exchange-traded funds or index funds. According to Morningstar, for the one-year period ended in March, active equity mutual funds lost $340 billion in assets, while passive funds gained $462.5 billion. Between 2009 and August 2016, the accumulative inflows to passive funds exceeded $1.5 trillion, while active funds lost close to $400 billion, according to Bank of America. Coincidently, after 8 years of bull market, the market valuation reached the level we haven’t seen since the tech bubble burst in 2000. The current PE of the S&P 500 Index reached 24.8 and Shiller PE (cyclically adjusted PE ratio) was at an even higher level of 30.5, almost twice as much as the historical mean of 16.8.

By definition, passive funds ignore valuations or company fundamentals, and invest solely on the basis of float-adjusted market capitalization. The critics pointed out that this type of investment would drive the valuation of large cap companies, and thus the whole market higher.  They blamed the passive investing for the current high market PE.  I would argue the popularity of the passive investing and high market valuation are just coincidence, rather than a causal relationship for two reasons: 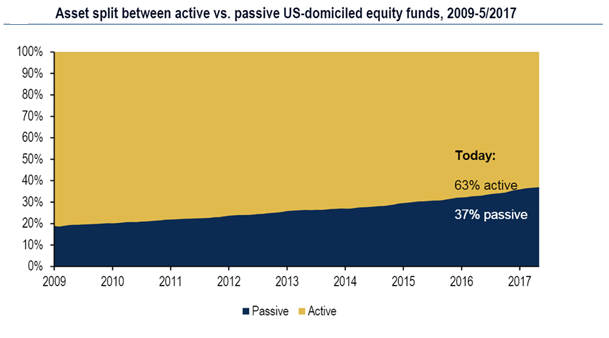 The passive investing critics also quickly pointed out that index funds may create a dysfunctional market by marginalizing price discovery. Passive investing neglects company-by-company stock analysis and could potentially create mispricing in the financial markets. Although it is a legitimate concern, the size of the passive investments is not large enough for this to become a significant issue at this point. There are two arguments I would like to make here. 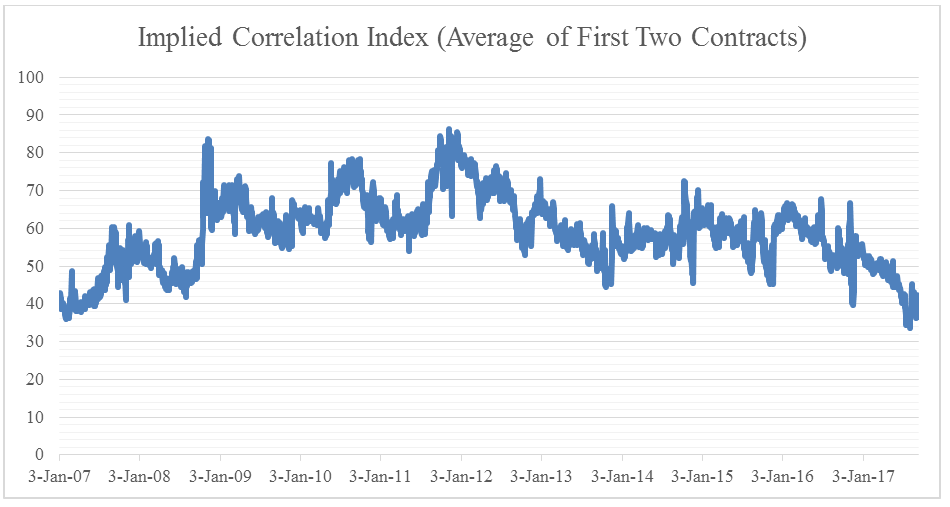