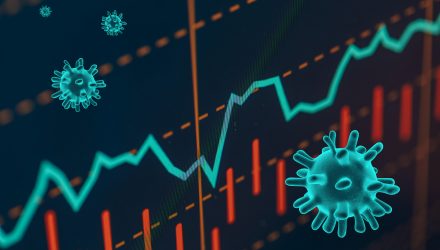 Is The Stock Market Destined To Push Higher?

The stock market has been a roller coaster over the last couple of weeks for many investors. After a period of relative complacency, where stocks ground higher since March, the end of May and beginning of June saw a dramatic surge, followed by an even swifter decline and partial recovery. Now investors and traders are left scratching their heads as to what the next move might be for equities, as summer approaches.

Stocks are mixed Wednesday, struggling for direction after a considerable rally Tuesday that was driven by a broadening belief the worst may be over for the world’s largest economy.

One group that has been especially volatile and of interest are travel and leisure stocks, which were purchased as bargain hunters saw their dramatic fall due to the coronavirus, but that came under pressure again on Wednesday, as there is still a concern of another wave of the coronavirus pandemic, and its ensuing economic consequences.

“We’re likely due for a period of consolidation as we work off technically overbought conditions,” said Bill Northey, senior investment director at U.S. Bank Wealth Management. “As we move forward over the next couple of weeks, we’ll be in kind of a doughnut hole between corporate earnings and following the Fed’s meeting last week, so there’s not too much new data.”

U.S. equities surged on Tuesday, aided by bullish news which included a massive pop in retail sales. The U.S. government reported a record 17.7% increase in retail sales for May.

“The market sure seems to be favoring the good news over bad these days, and supportive measures like FOMC bond-buying, COV19 vaccine hopes, and optimism on a V-shaped economic rebound seem to be getting a lot more traction than rising COVID rates in South/West,” said Mark Newton, managing member at Newton Advisors, in a note.

“It’s hard to keep a ‘well supported’ stock market down,” Jim Paulsen, chief investment strategist at the Leuthold Group, told CNBC. “Against a backdrop of widespread caution after a swift 7% decline in the recent days, the stock market was simultaneously bombarded by major pillars of support.”

Even long time bear Jim Bianco has now jumped on board with stocks going higher.

“This is a market that’s destined to go higher,” the Bianco Research president told CNBC’s “Trading Nation” on Tuesday.” “It’s not out of the realm of possibility we could have new highs before the end of the year.”