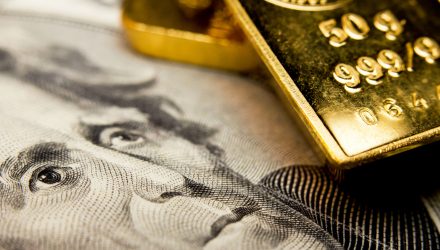 Is Now the Right Time to Invest in Gold?

Gold bullion has revealed strength in recent weeks, breaking out on a technical basis partly due to a more dovish-than-expected Federal Reserve stance on interest rate policies, trade war speculation that fueled safe-haven bets and a relatively weak U.S. dollar that helped support demand for the USD-denominated gold bullion.

Furthermore, demand among emerging market countries remains robust. According to the World Gold Council, demand in both China and India, two of the largest gold consuming countries in the world, saw strong demand in 2017.

Financial advisors who are interested in learning more about the gold markets can register for the Thursday, March 29 webcast here.

World Gold Council and its subsidiaries are not affiliated with ETF Trends.