You are at:Home»Featured»Is Bitcoin Likely To Breakout Or Crash Once Again? 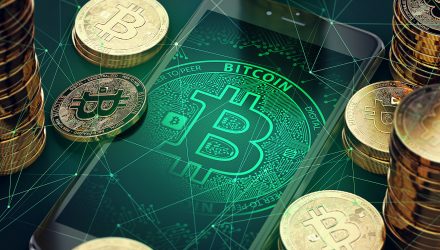 Is Bitcoin Likely To Breakout Or Crash Once Again?

With Bitcoin mounting a comeback since March, approaching the highs of February recently, now investors are wondering what the longer-term prospects of the cryptocurrency may hold.

After cresting 10,000 in February, following a run-up that began in December, the world’s most renowned cryptocurrency plummeted once again, leaving investors frustrated and disillusioned. But now that BTC has grappled its way back to the February highs, and is finding resistance under 10,000, analysts and experts are weighing in on whether to join the party or avoid Bitcoin altogether, as some predict a new bear market for the cryptocurrency.

While despite its notorious volatility, BTC has in the past been touted as a potential safe haven asset, some financial experts continue to see the cryptocurrency as a risk as the coronavirus pandemic festers.

Bitcoin is not what young investors should invest in after the coronavirus crash, says Peter Mallouk, who once said that the biggest cryptocurrency faces an “inevitable death spiral.”

Speaking to CNBC on May 21, Mallouk, president and chief investment officer at wealth management firm Creative Planning, exhorted stocks and bonds as preferable options to Bitcoin or even traditional safe havens like gold.

“There is no need to go over into the speculative world,” Mallouk told the network, arguing that assets such as Bitcoin and gold “see a lot more booms and busts.”

In April hedge fund manager Mark Dow said that Bitcoin is a textbook short, even when BTC was in the $6,000s. Dow said,“Bitcoin on the chart is facing massive overhead resistance. Based on this chart, this right now is a textbook opportunity to short.”

Other cryptocurrency experts are more optimistic about Bitcoin’s future however.

Tech entrepreneur, author, and Bitcoin proponent Andreas Antonopoulos believe the cryptocurrency is fairly robust, and that it would bounce back quickly from a so-called 51% attacks, when once group tries to dominate the crypto, often noted as a key consideration when it comes to Bitcoin’s existential threats.

While it’s possible, theoretically, that a large group of malicious actors could try and steal control of the majority of Bitcoin’s hash rate to disrupt the network, such attacks are extremely expensive and not even very effective says Antonopoulos.

“Such attacks are very expensive to pull off, require enormous coordination, deliver very little in benefit, and can be relatively easily thwarted. So for such an enormous cost, such little reward and such enormous risk, we haven’t seen 51% attacks and I don’t think we will see 51% attacks,” said Antonopoulos.

Bitcoin proponents like Bitwise, which as created crypto-native indexes to track the crypto-asset market, also envisages a future for the cryptocurrency.

In the past few years, a dozen regulated, insured custodians, have emerged, along with a variety of trading venues with material liquidity. Investors may now find that futures and the ability to hedge are in place. Offerings are being made available from traditional financial institutions like Fidelity, Susquehanna, and CME, with more coming online.

Looking ahead, Bitwise believes that millennials, the rise of China, demand for privacy, rising interest for alternative investments, and headwinds among traditional assets are significant factors that will continue to fuel demand for cryptocurrencies.