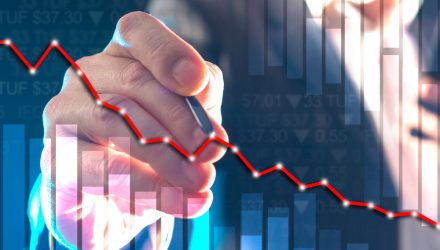 Investors Want Out of Stocks in Face of Growing Risks

Investors have cut their exposure to equities to the lowest level since the 2008 financial crisis.

According to a Bank of America survey, investment managers, and fund managers have cut their net overweight position in stocks to the lowest level since October 2008 and raised cash to a 21-year high of 6.1% of total assets under management, the Financial Times reported.

The BofA study underscored how global markets reacted to the worst first half of a year in five decades with many asset managers remaining anxious over the short-term outlook.

Michael Hartnett, chief investment strategist at BofA, warned that investors exhibited a “dire level” of pessimism due to concerns over the global tightening of monetary policy, which could threaten a broad slowdown in growth. Hartnett also pointed out that a higher share of fund managers, or 79%, expected corporate profits to deteriorate — more than at any point since the coronavirus pandemic or when Lehman Brothers collapsed in September 2008.

Meanwhile, 58% of BofA’s survey respondents said they were taking on lower than normal levels of risk in portfolios with allocations to traditional U.S. defensive sectors, like healthcare, utilities, and consumer staples.

While Hartnett believed that investor sentiment was now so bearish that a short-term rebound for stocks and credit was possible, he still maintained an overall bearish near-term outlook unless we see any real macroeconomic supports.

“Any rally is likely to be temporary. The catalyst for a sustained recovery will be a change in monetary policy from the Fed when it sees that Main Street is suffering along with Wall Street. We are still some distance from the kinds of levels on the [US S&P 500 stock index] that would cause policymakers to panic and change course,” Hartnett told the Financial Times.