You are at:Home»Equity ETFs»Investors Shouldn’t Be Scared Off by Tech ETF Performance 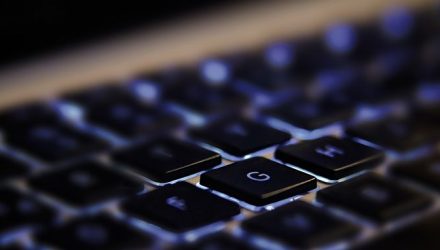 Investors Shouldn’t Be Scared Off by Tech ETF Performance

For example, earnings growth, rebound in operating margin and increased capital spending have reinforced the sector outlook. According to Fidelity Investments, the technology sector exhibits three positive indicators in the second quarter, including a positive outlook in the current business cycle, improving fundamentals and attractive relative strength.

Technology has been the best performer year-to-date, which has fueled concerns over valuations. The sector, though, remains well-positioned. Some critics are worried about the top-heavy market and a potential “FANG” bubble – the acronym associated with the four most popular tech companies, including Facebook (NasdaqGS: FB), Apple (NasdaqGS: AAPL), Netflix (NasdaqGS: NFLX) and Alphabet (NasdaqGS: GOOGL) Google. The concerns may be overstated and the segment’s fundamentals remain strong even in light of the recent gains.

Related: Keep in Mind Apple’s Weight in Many Popular ETFs

The tech sector valuations are currently trading near 19x, compared to historical averages of 18x and the peak of 70x during the dotcom boom.

The sector has “changed its stripes in a positive direction,” Chisholm said, commenting on increased free-cash flow, rising operating margins and other positive metrics when compared to previous bubbles, namely the 2000 dotcom crash

Moreover, momentum could keep technology stocks going. When tech has outperformed the broad market by over 10% over the past 6 months, it typically continued to beat the market.