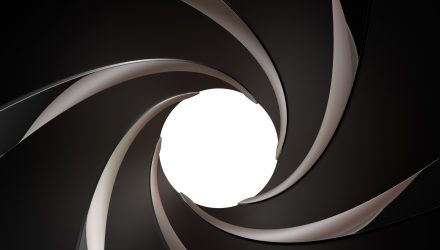 The year 1983 saw the James Bond movie, “Never Say Never Again,” feature Sean Connery for the last time as “Agent 007.” Of course, subsequent actors would eventually assume the mantle as the secret service agent, but the movie title serves as a reminder to investors that they should never say never to bonds again, especially after the latest stock market declines.

Tuesday’s sell-offs, which saw the Dow Jones Industrial Average lose 2.21%, while the Nasdaq Composite shed 1.7% and the S&P 500 declined 1.8%, brought in a flurry of investors to bonds. As such, benchmark Treasury yields declined as investors were quick to snatch up the safe-haven government debt issues.

Much of the blame for the latest declines have been directed towards FANG stocks (Facebook, Amazon, Netflix, Google-Alphabet), which have plundered U.S. equities with a decline of more than 20% from their 52-week highs. The “FAANG” moniker that includes Apple isn’t doing much better as the iPhone maker is expecting a decline in its products, which triggered a basket full of investor downgrades–the latest one from Goldman Sachs.

“Short term, unexpected weakness in the tech sector could have a significant impact on the global economy, adding to what already looks like a soggier macro environment,” said Dario Perkins, managing director of global macro at TS Lombard, in a note. “Additional retrenchment in the FAANGs could also undermine the broader US stock market.”

The flight from stocks to bonds wasn’t just seen in the government debt space as institutional investors were quick to increase holdings of corporate debt via exchange-traded funds (ETFs).