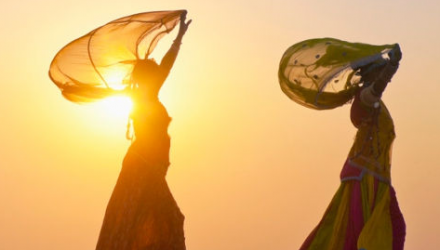 The WisdomTree India Earnings ETF (NYSE:EPI) and the iShares India 50 ETF (NASDAQ:INDY), two of the largest exchange traded funds dedicated to Indian stocks, are both up more than 26% year-to-date. Even with those gains, enthusiasm remains for stocks in Asia’s third-largest economy.

“Investors pumped 189 billion rupees ($2.9 billion) into the funds in September, after pouring a record 203 billion rupees in August, data from the Association of Mutual Funds in India show. The 804 billion rupees of net inflows in the first six months of the year that began April 1 is more than triple compared with the year-earlier period,” reports Bloomberg.