You are at:Home»Featured»Investors Are Looking Back Into Corporate Bond ETFs 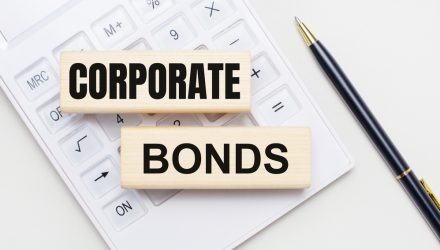 Investors Are Looking Back Into Corporate Bond ETFs

After fixed-income assets fell off alongside equities this year, some bargain hunters are dipping their toes back into corporate bonds and related exchange traded funds.

Fixed-income assets plunged this year in response to the Federal Reserve’s more aggressive monetary policy outlook with multiple interest rate hikes ahead. However, now that the markets have adjusted to this rising rate outlook, traders are finally returning to the bond market and even bid up bond prices, with the Bloomberg U.S. corporate-bond index returning roughly 0.7% for May, the Wall Street Journal reports.

For some investors, bond prices have fallen to some cheap levels that were too good to pass up, and others have turned to corporate credit as an alternative to the much riskier equities.

The U.S. company debt with relatively strong financial profiles has exhibited yield premiums, or spreads, of about 1.31 percentage points over what Treasuries offered, according to Bloomberg data. The spread was as high as 1.49 percentage points a couple of weeks back but has since dipped as more investors picked up corporate debt as an alternative to the swooning stock market. In comparison, the spread was 0.92 percentage points at the end of 2021 before all the selling occurred.

Matt Brill, the head of U.S. investment-grade credit at the asset manager Invesco, argued that conditions for investing in corporate debt have ripened.

“We’ve switched from playing more defense to at least being neutral and looking for offense,” Brill told the WSJ. “The early parts of the year were about survival, but with where yields are and where spreads are, we feel more positive on the overall market.”