You are at:Home»Equity ETFs»Investors: Accessing Developed Markets on the Cheap 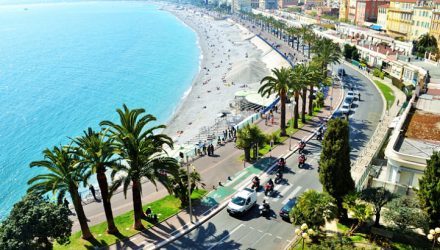 Investors are loving ex-US international equity exchange traded funds this year. One of the primary drivers of that trend is that stocks in developed and emerging markets outside the U.S. are more attractively valued than the S&P 500 and other major U.S. benchmarks.

Investors can play that theme with plenty of ETFs that are themselves value propositions thanks to their puny fees. That includes the Schwab International Equity ETF (NYSEArca:SCHF). SCHF is the least expensive international ETF on the market today with a 0.06% expense ratio, or $6 per year on a $10,000 investment.

SCHF competes with ETFs that follow the MSCI EAFE Index and related developed markets benchmarks. The Schwab International Equity ETF tries to reflect the performance of the FTSE Developed ex US Index, which is comprised of large and mid-cap stocks of developed countries outside the U.S. One of SCHF’s primary competitors is the Vanguard FTSE Developed Markets ETF (NYSEARCA:VEA).

“The Schwab ETF allocates over 45% of its combined weight to Japan, the U.K. and France and features a 7.6% weight to Canada,” according to InvestorPlace. “On the surface, SCHF and its Vanguard rival appear highly similar, almost as though these two cheap ETFs are fraternal twins. Upon further examination, investors will find differences that lead to differences where it matters most: total returns. Over the last three years, SCHF has lagged its Vanguard rival by 170 basis points.”

Still, there is no denying SCHF’s popularity. As ETF Trends recently reported, SCHF became the first of Charles Schwab’s ETFs to top the $10 billion in assets under management level. Schwab lowered the annual fee on SCHF in the fourth quarter of 2016.