You are at:Home»Equity ETFs»Investing Issues to Consider if Arriving Late to EUFN Party 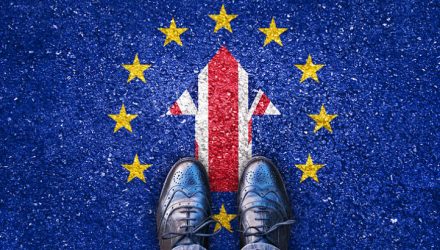 Investing Issues to Consider if Arriving Late to EUFN Party

Italy, the Eurozone’s third-largest economy behind Germany and France, is the seventh-largest country weight in EUFN at about 6.5%, but the country’s NPL problem is seen as potentially problematic for the rest of the region.

“In Italy, problem loans have built up during a long recessionary period and it is only recently that the economy has started to give banks breathing space to start to tackle this legacy,” according to Fitch. “If large NPL securitisations planned by UniCredit, supported by its recent capital increase, and by Banca Monte dei Paschi di Siena as part of its precautionary recapitalisation, are launched successfully in the next month or so, we expect to see other banks taking the securitisation route to reduce NPL stock. But large NPL sales and securitisations are difficult to achieve and none of the large announced transactions has yet been closed.”

Investors can play a possible pullback in in EUFN and European banking names with the new Direxion Daily European Financials Bear 1X Shares (NYSEARCA:EUFS), which debuted in August. EUFS is an inverse though not leveraged ETF.