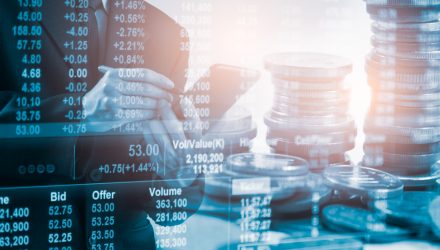 Investing in the Power of Change at the Shareholder Level

ESG funds saw a rapid growth of inflows in 2021 as increasingly more advisors and investors focused on investing sustainably and ethically. Yasmin Dahya Bilger, head of ETFs for Engine No. 1, and Michael O’Leary, managing director at Engine No. 1, joined Dave Nadig, CIO and director of research for ETF Trends, to discuss the role of active management within ESG in a recent webcast.

Engine No. 1 made headlines early in the year with the ousting and replacement of three Exxon board members with ones the firm had selected who would focus on ESG principles and practices. Bilger describes the change that she has seen in interest levels just in the last five years and anticipates that it will continue to grow.

Approaching ESG investing through a divestment lens was one of the only real options for a long time, and Bilger says that it has its uses and effectiveness to a degree, but because it tended to exclude entire segments, it meant that often performance suffered. Now, with other ESG engagement options within funds, the performance opportunity is there, and Engine No. 1 focuses on engagement at the shareholder level to bring about positive changes.

“I think one misperception can be that this is shareholders telling companies what they have to do,” says O’Leary. “The reality is that nearly every shareholder proposal, for SEC regulation reasons, ends up being more about disclosure, transparency, and accountability.”

It follows a general push and realization among asset managers that shareholders both care and are invested in the positive performance of a company along with operating sustainably, and that the two agendas are much more in alignment these days. Engine No. 1 is founded on the correlation between positive ESG practices by a company and long-term positive performance.

“We fundamentally believe that the investments that a company makes in its employees, in its customers, in its communities, in the environment, are actually indicative of its ability to drive shareholder value,” explains Bilger.

Engine No. 1 is based on three core pillars: total values that companies create for themselves through their practices, active ownership in engaging with companies and voting, and deep partnership with other best-in-class partners. The firm taps into the current interest by investors as largely low basis point, passive exposure to the largest indexes with the ETF that they launched last year.

The Engine No. 1 Transform 500 ETF (VOTE) is an impact fund that gives retail investors access to this type of ESG approach that is usually reserved for pension funds, endowments, and similar institutional investors. VOTE is invested in every company in the S&P 500 and looks at every proposal opportunity by every company at the shareholder level and then determines where their votes could have the highest impact. The firm partners with other shareholders to amplify their impact.

“In our concentrated portfolio, that’s where we can take a position and have a view. We really think this is a creator of shareholder value, we can express it there. It also is where we bring to bear a deep, forensic, fundamental analysis,” says Bilger. “Part of what makes our case very strong is we do the work. We go in there like investors because we are investors, understand all the dynamics at play and then say, ‘We think this is beneficial for shareholder value, we think this proposal makes sense,’ and I think that that combination is really powerful, actually.”

Financial advisors who are interested in learning more can watch the webcast here on demand.