You are at:Home»Webcasts»Investing in a Coming of Age: The Future Digital Generation in Emerging Markets 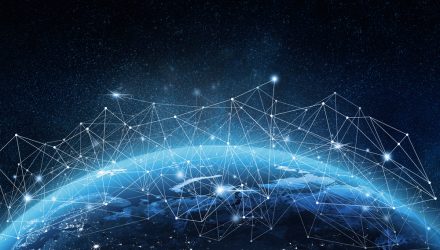 Investing in a Coming of Age: The Future Digital Generation in Emerging Markets

The global economy has lurched towards an even greater reliance on technology and an explosion in online innovation. At the same time, the so-called ‘trade war’ with China has put China and many emerging market economies into overdrive as they grow from export- and natural resource-driven economies to those based on consumption.

In the upcoming webcast, Investing in a Coming of Age: The Future Digital Generation in Emerging Markets, Kevin Carter, Founder and CIO, EMQQ, will be covering how these two trends combine, with an up-to-the-minute analysis of recent China delisting headlines, the evolving situation with Alibaba and Jack Ma, and how Gen-Z will drive the digital transformation in emerging markets for decades.

The Emerging Markets Internet & Ecommerce ETF tries to reflect the performance of the EMQQ Index, which includes companies that must derive the majority of their profits from E-commerce or Internet activities and further includes search engines, online retail, social networking, online video, e-payments, online gaming, and online travel.

“EMQQ avoids the gaps that traditional index methodologies produce by requiring that its constituents derive at least half of their revenue from Ecommerce in emerging or frontier markets. In other words, EMQQ is agnostic when it comes to exchange listing or company domicile; as long as a company generates more than half of its revenue in emerging markets, it is eligible for consideration for inclusion in the index,” according to an EMQQ note.

EMQQ primarily focuses on the internet and e-commerce sectors of the developing world, helping investors capitalize on the growth of consumption in emerging markets, which represents a significant growth opportunity. More than a billion people are expected to enter the consumer class in the coming decades.

“The transformative effects of the Internet are making themselves felt more strongly than ever before in emerging markets as fledgling middle classes expand and discretionary incomes rise. The plunging costs of smartphones and wireless broadband are providing unprecedentedly large swaths of the population in developing countries with access to the Internet for the first time, both in rural and urban areas,” adds EMQQ.

Financial advisors who are interested in learning more about e-commerce in the emerging markets can register for the Monday, February 8 webcast here.