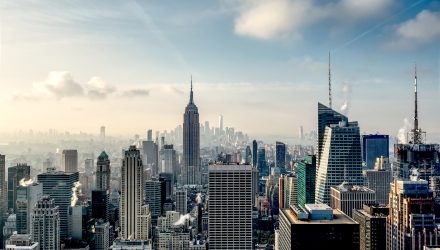 Invesco has agreed to pay for the acquisitions through 81.9 million common shares and another $4 billion in preferred shares, making MassMutual the largest shareholder once the deal is finalized, reports Justin Baer for the Wall Street Journal.

The increasingly competitive nature of the ETF business has pushed mergers among asset managers as they try to strengthen their positions to reduce costs and expand their distribution capabilities. According to data provider Refinitiv, the pace of deal making in the industry has hastened for three consecutive years and is now at its fastest since 2014, the Financial Times reports.

With the purchase of OppenheimerFunds, Invesco’s assets under management has been pushed up to $1.2 trillion and will be “significantly accretive to Invesco’s earnings per share”, the company said, adding it expected the deal would tack on 18% to its earnings for the three quarters in 2019 after the deal is completed and about 27% to earnings in 2020.

“The combination with OppenheimerFunds and the strategic partnership with MassMutual will meaningfully enhance our ability to meet client needs, accelerate growth and strengthen our business over the long term,” Marty Flanagan, Invesco chief executive, said.