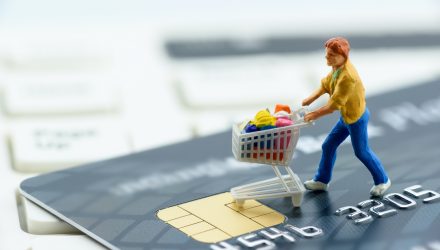 While Monday’s trading was relatively muted, stock indexes and index ETFs tumbled on Tuesday, as July retail sales fell and broadening concerns about stagnant global economic growth affected markets. But the decline could offer a chance for those on the sidelines to get on board, while giving inverse ETF investors some short-term profits.

While the future remains to be seen after the weekend chaos in the Middle East, Taliban militants who have risen to power have alerted the U.S. that they are prepared to provide safe passage for civilians attempting to flee Afghanistan through an airport in Kabul, the White House said Tuesday.

“We intend to hold them to that commitment,” national security advisor Jake Sullivan told reporters amid a barrage of questions about the Biden administration’s handling of the U.S. withdrawal from Afghanistan, which was plunged into chaos as the Islamist insurgents quickly ousted the Western-backed government.

Although the week started out strong for stocks, after the Dow Jones Industrial Average and S&P 500 closed at record highs Monday, the Dow dropped around 1.3% Tuesday, while the S&P 500 gave up 1.2% and the Nasdaq Composite shed 1.3%.

Highly anticipated retail sales were a significant factor in the stock selloff, as retail sales fell 1.1% in July, a much more substantial drop than the 0.3% dip anticipated by economists surveyed by Dow Jones. The Census Bureau revised June’s reading to a 0.7% jump.

Analysts are attributing the drop to the climb in coronavirus infections, which have begun to spread rapidly throughout the country given the more highly transmissible delta variant.

“When we’re looking at the expectations for consumer strength going forward, some of the edge is being taken off by the rise in the delta variant,” BMO Wealth Management’s Yung-Yu Ma said. “These challenges aren’t going to go away quickly.”

At first, stocks appeared poised following the news, but after the regular market open things quickly shifted gears, with stock and index ETFs falling, and government bond yields lower across the board.

“Although retail sales fell in July, the outlook for consumer spending remains positive,” said Gus Faucher, chief U.S. economist at PNC. “However, spending growth will shift from goods to services over the next couple of years, limiting growth in most categories of retail sales.”

Certain retail stocks were also hit hard, with Home Depot tumbling over 4% after reporting second quarter results, which dragged indexes like the Dow Jones Industrial Average lower, along with ETFs like the VanEck Vectors Retail ETF (RTH), which fell over 1.5% Tuesday.

Home Depot’s quarterly earnings beat estimates, but same-store sales only reached 4.5% in the period, less than the 5% consensus estimate of analysts polled by StreetAccount.

Lackluster economic data from China on Monday also heightened fears of a slowdown in global growth. The iShares Semiconductor ETF (SOXX) was down over 2%, catalyzed by losses in Nvidia, which was about 3% lower, while Tesla and Boeing stocks, both also dependent on China as a growth market, fell as well.

Before falling on Tuesday, the Dow and the S&P 500 closed at record highs Monday, for their fifth consecutive green session. The S&P 500′s move during Monday’s session also reached a milestone, making it the fastest bull-market doubling since World War II, according to calculations from CNBC.

While some analysts are concerned about the stock market’s fall on Tuesday, given the recent height the benchmarks have achieved, many are still sanguine about the market’s future prospects.

“There are a lot of reasons for anxiety among investors in the short term if you look at the Delta variant, of course, if you look at the inflationary outlook, if you look at U.S. policy uncertainty and kind of continued choppy economic data. We think that there is a chance that we’ll see some shorter-term consolidation here over the next month or two,” Jon Adams, BMO Global Asset Management senior investment strategist, told Yahoo! Finance.

“But if you look at a medium-term perspective, we think that we’re pretty constructive on the outlook,” he added. “Earnings season’s been exceptional, the economy remains strong … We’ll get a lot more clarity in the fall around policy and around the virus. We think that it’s still a time to remain overweight equities and with a bias toward U.S. equities.”

Meanwhile, investors and traders are awaiting the FOMC minutes on Wednesday for potentially further market moving news and directional bias.

“[We have] more than a few potential Fed policy-related catalysts for equities on the horizon. We get the July FOMC minutes tomorrow, from which our economics team expects some guidance on timing and scope of taper ahead of Jackson Hole late next week and September FOMC,” Maxwell Grinacoff, BNP Parisbas equity derivative strategist, told Yahoo! Finance.

“We’ve already started to see a bit of a backup in yields over the last couple of weeks on pretty strong jobs and inflation data,” he added. “We’re using this as a playbook for the value and growth trade in the equity space, if we do in fact see higher yields and the deliverance of a fiscal reconciliation package through the balance of Q3 into Q4. And in terms of value, we would more selectively focus on the quality side of value as well as the commodity- and cyclical-oriented parts of the market like materials and industrials.”

Investors are generally satisfied with recent stock performance however, as second quarter earnings results have been robust, with S&P 500 earnings targeting 89.3% growth for the highest year-on-year pace since late 2009.

“It’s almost unquestionable for the second-quarter to be peak, not growth, but growth rates,” Liz Ann Sonders, Charles Schwab chief investment strategist, told Yahoo! Finance. “Earnings will continue to grow. I think the consensus for the third quarter is close to 30%, but I don’t think we’re going to beat the nearly 100% gain in the second quarter.”

“I think what’s really key looking ahead is the profit margin story, which so far, they’ve been maintained at a a very high level,” she added. “But given the ongoing widespread between input prices and final goods prices, I think the profit margin story becomes maybe even more important than the headline earnings story next quarter.”

For traders who see stocks continuing to head higher, and are looking for something more atypical to trade, the ProShares Short VIX ETF (SVXY) climbs as the VIX, or CBOE volatility index, falls.

According to the fund’s profile: “The investment seeks daily investment results, before fees and expenses, that correspond to one-half the inverse (-0.5x) of the performance of the S&P 500 VIX Short-Term Futures Index for a single day. The index seeks to offer exposure to market volatility through publicly traded futures markets and is designed to measure the implied volatility of the S&P 500 over 30 days in the future.”