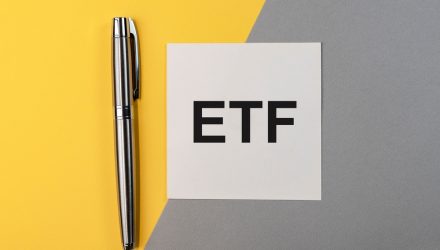 Stocks and index ETFs are attempting to pull out of the downdraft that has engulfed much of June, as consumer confidence has fallen off due to climbing inflation and energy prices. Meanwhile, inverse ETFs have seen stellar gains.

Many Americans are wary of investing right now, frustrated by the high costs associated with inflation, and concerned about a recession.

The consumer price index, which measures a wide swath of goods and services, scrambled 8.6% higher in May, reaching its loftiest level in four decades. Goods inflation gained 9.6% while services prices increased 4.7%, both gaining a tenth of a percentage point from April.

“The rising cost of living absorbed all of the increased spending power from added jobs and higher wages in May,” said Bill Adams, chief economist for Comerica Bank. “Americans are running faster just to stay even. No wonder consumer confidence is in the pits.”

While the personal saving rate climbed again, reaching 5.4%, up 0.2 percentage points from the previous month, stock and index futures have continued to fall in June.

The Dow fell nearly 1% before paring some of its worst losses, while the S&P 500 and Nasdaq Composite exhibited similar behavior.

The Federal Reserve is scurrying to try and mitigate the damage from spiraling inflation, less concerned about the immediate fallout for businesses.

“Is there a risk we would go too far? Certainly, there’s a risk,” Powell said at the European Central Bank’s annual economic policy roundtable conference in Portugal on Wednesday. “The bigger mistake to make — let’s put it that way — would be to fail to restore price stability.”

The Fed chairman earlier in June said that either a 50 or 75 basis point interest rate increase could be coming as soon as the Fed’s July meeting, something that other key central bank officials are supporting as well.

Meanwhile, stocks are on track to close out the worst first half of a year in decades, with the S&P 500 looking to record a roughly 20% decline for the first half of the year, which would mark its worst result since 1970. This month alone, the famed index is tracking a 7.6% decline.

SPXS offers 3x daily short leverage to the broad-based S&P 500 Index, making it a powerful tool for investors with a bearish short-term outlook for U.S. large-cap stocks. Investors should note that the leverage on SPXS resets daily, which results in the compounding of returns when held for multiple periods. BGZ can be a powerful tool for sophisticated investors but should be avoided by those with a low risk tolerance or a buy-and-hold strategy.