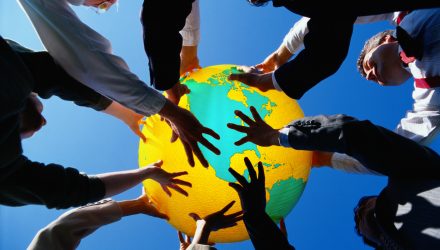 International ETFs Get a Trump Bump

It has been just over a year since now President Donald Trump shocked political experts on his way to winning to the 2016 presidential election. While Trump promised ambitious plans to overhaul healthcare, revive American infrastructure and reform the tax code, many parts of the president’s domestic agenda have yet to come to life, prompting investors to embrace international equity exchange traded funds.

Five of this year’s top 10 ETFs in terms of new assets added, including three of the top four, are international equity funds. That group includes a pair of emerging markets funds. Year-to-date, the iShares Core MSCI EAFE ETF (BATS: IEFA) has added $19.1 billion in new assets, a total exceeded by just one other ETF.

“The top ten ETFs that have recorded only inflows of cash since the election have one notable characteristic in common — their holdings exclude U.S. companies. At the top of the list is the iShares Core MSCI EAFE ETF (IEFA), a cheap, large-cap fund tracking companies in developed market countries, according to a Bloomberg analysis of flow data,” reports Bloomberg.

IEFA debuted nearly five years ago as a cost-effective alternative to the iShares MSCI EAFE ETF (NYSEArca: EFA), which tracks the developed EAFE or European, Australasia and Far East countries. IEFA charges just 0.08% per year, the equivalent of $8 on a $10,000 position, while EFA has an annual fee of 0.33%. For its part, EFA has added $9.4 billion in new assets this year, a total surpassed by just seven other ETFs.