You are at:Home»Equity ETFs»Interesting Action in a Big Financial ETF 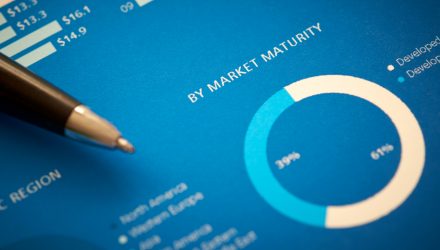 Although flows data suggest investors have been embracing XLF in significant fashion since the start of the fourth quarter, other data points indicate some traders are preparing for more declines in the marquee financial services ETF.

“Taking a quick step back, roughly 77,000 XLF put options traded Thursday — 1.1 times the average daily volume — compared to 71,000 call options, fewer than what’s typically seen exchanged in a session. The weekly 11/10 26-strike put was most active due to a 19,417-contract block that was bought to open for an initial cash outlay of $310,672 (number of contracts * $0.16 premium paid * 100 shares per contract),” reports Schaeffer’s Investment Research.