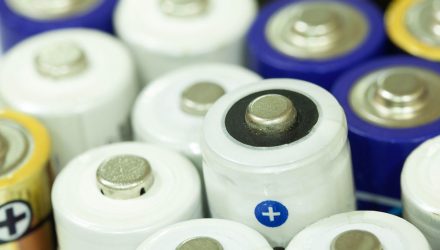 The Ins And Outs of Lithium ETF

While the Global X Lithium ETF (NYSEArca: LIT) recently succumbed to some profit-taking, the lone exchange traded fund dedicated to the lithium equity trade mostly kept its momentum in the third quarter. LIT surged about 13% in September, bringing its third-quarter gain to 29%.

LIT enters the fourth quarter with a year-to-date gain of almost 53%, making it one of 2017’s best-performing non-leveraged ETFs.

LIT, which debuted over seven years ago, tracks the Solactive Global Lithium Index. The ETF holds 27 stocks. While electric car maker Tesla is 5.6% of the ETF’s weight, that is good for just the fourth spot on the fund’s roster. LIT’s top two holdings – FMC Corp. (NYSE: FMC) and Soc. Quimica & Minera de Chile SA (NYSE: SQM) – combine for over 42% of the ETF’s weight.