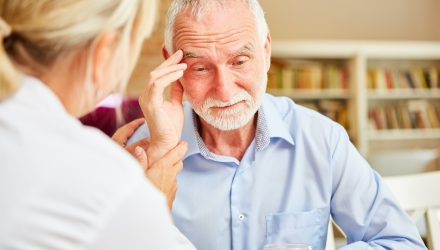 Biotech investors may have reason to celebrate this week, as the FDA approved Biogen’s Alzheimer’s disease drug Aducanumab on Monday, ushering in the first medication to be allowed by U.S. regulators to help the mental deterioration seen in people living with Alzheimer’s. The drug is also the first new medicine for the disease in nearly two decades.

The Food and Drug Administration’s decision represented the first new medicine for the disease in almost 20 years, and was something investors had been awaiting for some time. In addition to its benefits for patients, Aducanumab, which is marketed under the name Aduhelm, is projected to provide billions of dollars in revenue for Biogen, whose stock was even halted prior to the announcement, due to expected increases in volatility.

“We are well-aware of the attention surrounding this approval,” Dr. Patrizia Cavazzoni, director of the FDA’s Center for Drug Evaluation and Research, said in a press release. “We understand that Aduhelm has garnered the attention of the press, the Alzheimer’s patient community, our elected officials, and other interested stakeholders.”

“With a treatment for a serious, life-threatening disease in the balance, it makes sense that so many people were following the outcome of this review,” Cavazzoni added.

At least in the short-term, the new Alzherimer’s drug could also benefit ETFs with Biogen, such as the Invesco Dynamic Biotechnology & Genome ETF (PBE), the VanEck Vectors Biotech ETF (BBH), and the First Trust NYSE Arca Biotechnology Index Fund (FBT).

BBH in particular has seen considerable gains over the last year, as it also contains Moderna, which was one of the pioneers in creating a coronavirus vaccine.

The Food and Drug Administration said it will continue to observe the drug interactions, monitoring for issues as it reaches the U.S. market. The agency permitted approval for Aducanumab assuming that Biogen performs another clinical trial.

“It is a new day,” Harry Johns, CEO of the Alzheimer’s Association, said in a statement. “This approval allows people living with Alzheimer’s more time to live better. For families it means being able to hold on to their loved ones longer. It is about reinvigorating scientists and companies in the fight against this scourge of a disease. It is about hope.”

Aducanumab is a pioneer for the disease, as it is the first drug cleared by the FDA that can curb the cognitive decline from Alzheimer’s, which is also the sixth-leading cause of death in the United States. The FDA has approved Alzheimer’s drugs primarily to assist with symptom containment however, not to slow the disease itself.

Like many drugs that have been fast-tracked due to extreme demand, it was hoped that Aducanumab would have been ready sooner. But the drug development process has been anything but smooth.

The drug has been in development since March 2019, but Biogen halted the process after an analysis from an independent group revealed it was unlikely to be successful. The company then shocked investors several months later by claiming it would continue to gain regulatory approval for the drug anyway.

Shares of Biogen rocketed in November after it received support from FDA staff, who said the company showed highly “persuasive” evidence Aducanumab was effective and that it had “an acceptable safety profile that would support use in individuals with Alzheimer’s disease.”

Yet, just a short time later a panel of outside experts that advises the the FDA said the agency should pull the drug again, citing unconvincing data. It also accused the agency staff of maintaining a positive bias in its review.

When Biogen sought approval for the drug in late 2019, its scientists said a new analysis of a larger dataset showed Aducanumab “reduced clinical decline in patients with early Alzheimer’s disease.”

Despite the optimism from patients and investors, some financial and medical experts remain skeptical.

The drug’s approval could cause a spike in insurance premiums, according to healthcare policy experts, increasing already exorbitant out-of-pocket costs for some families with loved ones who have the disease.

“This is really what keeps me up at night: A therapy of this cost is going to have enormous implications for everyone,” said Dr. Joseph Ross, a pharmaceutical policy expert at Yale who sits on a committee that advises Medicare on some coverage decisions. “And by everyone, I literally mean you, too. There’s going to be some 60- and 70-year-olds on your plan. If they start getting this treatment, you will see your premiums will go up.”

Still, RBC Capital Markets analyst Brian Abrahams wrote to clients that the FDA determined there was “substantial evidence” the drug helps patients. “As a result of FDA’s approval of Aduhelm, patients with Alzheimer’s disease have an important and critical new treatment to help combat this disease,” the note said.