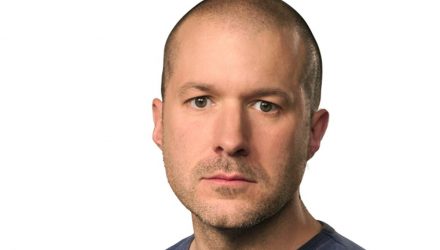 Jonathan “Jony” Ive, Apple’s chief design officer, who has reported directly to CEO Tim Cook, and previously to Steve Jobs, announced Friday that he would be leaving the company.

According to Apple, Ive was responsible for all design at Apple, including the look and feel of Apple hardware, user interface, packaging, major architectural projects such as Apple Park and Apple’s retail stores, as well as new ideas and future initiatives. Since 1996, Ive has led Apple’s design team, which is widely regarded as one of the world’s best.

In a statement on Thursday, Apple CEO Tim Cook tried to reassure employees and investors that the company’s relationship with Ive, who was instrumental in designing countless Apple products including the iMac and iPhone, would not change significantly. Ive will be instituting his own independent design firm, named LoveFrom, and Apple is rumored to be one of its key customers.

“Apple will continue to benefit from Jony’s talents by working directly with him on exclusive projects, and through the ongoing work of the brilliant and passionate design team he has built,” Apple CEO Tim Cook said in a company statement. “After so many years working closely together, I’m happy that our relationship continues to evolve and I look forward to working with Jony long into the future.”

Amit Daryanani of Evercore ISI Research weighed in on CNBC stating, “It is the end of an era. Jony has designed the iconic Mac cube to the last set of Apple watches. This is the end of an era, but it also reflects the fact that Apple is moving more and more towards a services company, and that’s what’s becoming more important versus how the products look and feel today. So I do think it’s an important thing but not a deal-breaker for Apple. I do think the one thing that’s notable is not the fact that Jony Ive is leaving but how the people that are replacing him are now going to be rooting up to the COO, not to the CEO anymore. So in a way it tells you what that structure looks like and it has changed rather dramatically in Apple too. “
Kevin O’Leary, chairman of O’Shares ETFs, and Amit Daryanani of Evercore ISI Research weighed in on CNBC’s “Closing Bell” team talk about what is next for Apple after its design chief, Jony Ive, announced he is leaving the tech giant.
Kevin O’Leary, Shark Tank investors and chairman of O’Shares ETFs feels differently. When asked if he feels that Ive’s departure will drive Apple toward services and away from hardware, he explained, “They wish that could be the case and investors do too because the margins are much higher. But I think it’s still a pretty big hardware play. I don’t think Ive leaving is that big a deal. I would say one thing that there’s not being enough credit given to: I got to work for Steve Jobs in the late 90’s and watch him design products. The look and feel of everything you see today is at least 50% him. He was not a very nice person to work with, I’m just being honest with you, but he and Jony together created the look and feel of what Apple is today. Obviously Ive maintained it through the various iterations of phones, but I remember seeing that phone sitting on the table in its first iteration, and at least half of the pain and misery in creating it came from Jobs himself.”
“So my thought for this now is for the company to go out and and recruit somebody new, fresh and different. Make it a contest, make it a global contest do you hire a new team.” O’Leary added,  “I think the company could use a fresh set of hands and eyes as it goes forward.”
Investors who are bullish on a new Apple future could look to ETFs that heavily weight the stock such as the Technology Select Sector SPDR Fund (XLK), which has nearly 17% Apple stock, or the Vanguard Information Technology ETF (VGT), which has roughly 15% AAPL.