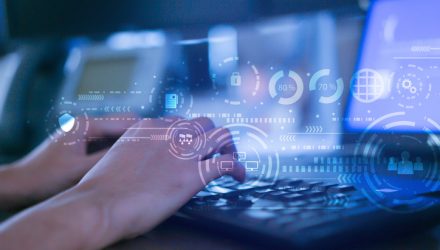 A virtual desktop allows people to access the content of their computer desktops from remote servers instead of the material being stored locally on a computer. The functionality of a virtual desktop also enables accessing content from any device, such as a laptop or smartphone.

A 2019 press release from MarketersMedia forecasts the virtual desktop market to grow at a 9% combined annual rate from 2016-2022. Assuming that’s an accurate prediction, the market would then reach a total worth of $5 billion. Here’s a look at some of the factors responsible for that growth.

Virtual desktops have some notable security advantages, such as that companies can load a virtual desktop with all the applications and security settings someone needs when they first start working for an organization. This perk is particularly advantageous if a company uses numerous software-as-a-service (SaaS) apps and wants to get all workers equipped with the ones they need.

Moreover, if a particular SaaS tool requires all existing users to upgrade their browsers, virtual desktops can happen centrally rather than by making changes to individual machines.

Virtual Desktops Can Save Energy

Companies have plenty of reasons to take eco-friendly approaches. Some of them mainly do it because of increasing regulatory requirements that mandate taking steps to reduce carbon footprints. Others want to earn the favor of their stakeholders or decide to focus on the environment after receiving pressure from employees.

Looking at energy-saving methods is often an early step businesses take as they explore how to help the planet while supporting their bottom lines. In one case, FC Utrecht, a Dutch football club, realized that due to factors including substantial growth over several years, it’s IT infrastructure and workstations were outdated.

Energy-efficiency was one of the factors the club wanted to focus on when it chose to roll out a virtual desktop solution for its workforce. The new setup lets virtual desktop sessions stay active on the server while putting individual computers into a standby mode. This approach reportedly saved energy for the club, especially since workers previously kept their computers running even when away from the office.

Saving energy should not be the sole way a company decides to be more mindful of the environment. However, it can be a smart step in the right direction.

Technology has made it so people don’t necessarily need to get into their cars and commute to their offices each day to stay productive. Many of them get as much done or more at home. Being open-minded about remote workers also makes it easier for businesses to expand their hiring reach and look for candidates outside of the immediate area.

According to Buffer’s 2019 State of Remote Report, 40% of business representatives polled said that some of their employees work remotely while others stay in a conventional office. The study also showed that in 31% of cases, all the people working at a company did so from home. Those statistics strongly suggest that remote work possibilities are not slowing down, and they’ll likely increase.

One of the top advantages of a virtual desktop is that it gives on-demand access to work resources to any remote employee, regardless of where they are when accessing the content. Virtual desktops also assist people who need to leave the office unexpectedly to work for a short time, such as to care for a sick child.

No matter where a remote desktop user is when they log in, their icons, settings and other familiar things remain the same. That consistency improves productivity because a person does not waste time adjusting settings or re-downloading software after logging in from a different place.

Virtual Desktops Reduce the Risks of Old IT Infrastructure

Statistics published in May 2019 indicate a worsening cybersecurity skills shortage, with 74% of respondents affected by it. Unfortunately, solving that problem is not straightforward, and it could take years before the gap starts substantially closing. Virtual desktops won’t solve the skills shortage by themselves, but they could reduce the associated problems.

If a company doesn’t realize some employees’ machines have outdated operating systems or applications, those computers could make the whole network vulnerable to cyberattacks and data breaches. However, when an enterprise uses virtual desktops, all updates to operating systems and applications can happen simultaneously.

This option reduces the workload for IT staff members that are already feeling taxed. Virtual desktops can also save businesses money on hardware because they don’t have to buy new machines every few years and can update the virtual desktops instead.

A recent update in the latest Windows 10 offering even allows people to have numerous virtual desktops on one machine and name each of them for convenience. This is helpful for people who need to purposefully use older operating systems or browsers, such as for testing purposes, and want to ensure they don’t get confused when switching between them.

Other Trends Should Also Influence the Rise

This overview gives a glimpse into why analysts expect the rise of the virtual desktop market in the coming years. Although these factors will undoubtedly come into play, so will others, some of which may not be apparent yet.