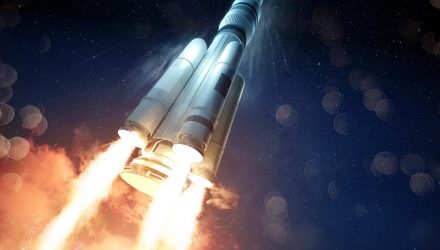 Space tourism company Virgin Galactic, which is racing to go public, shared a look at a major assembly milestone for its next SpaceShipTwo on Tuesday.

Virgin Galactic is constructing the space plane at its manufacturing facility in Mojave, California. The company has now joined the fuselage and cabin and attached the two tail booms to the rear of the spaceship, making it actually appear like a recognizable spaceplane.

According to their website: “Virgin Galactic operates the reusable SpaceShipTwo spaceflight system. This consists of WhiteKnightTwo, a custom-built, carrier aircraft, and SpaceShipTwo, the world’s first passenger carrying spaceship to be built by a private company and operated in commercial service. The first Virgin Galactic spaceship to enter service is VSS Unity. Built by The Spaceship Company, Unity and her sister spaceships will, for the first time, offer everyone the opportunity to become private astronauts and experience the wonder of space for themselves. Our spaceships will also offer the research community a unique platform for space-based science.”

“By embarking on this new chapter, at this advanced point in Virgin Galactic’s development, we can open space to more investors and in doing so, open space to thousands of new astronauts,” Richard Branson said in a statement. “We are at the dawn of a new space age, with huge potential to improve and sustain life on Earth.”

“Well this is an opportunity sort of showcase the supply side of the business. You know an opportunity to show some of the most important blue-chip investors, hedge funds, and mutual funds what these guys have built: space ships and the ability to take people to space. And so we’re spending the day touring the facility is here, and then we’re going to fly people to New Mexico and show investors the newly unveiled spaceport, where they will be running commercial operations, and then gearing up towards the fall and the beginning of commercial operations next year,” said Palihapitiya.
Investors are anxiously awaiting  the IPO, which Palihapitiya says should happen later this year.
“Well you know we announce the deal in July, which is a merger between Social Capital Hedosophia, or IPOA, and Virgin Galactic. We are in the process of closing the transaction, and we think the merger should happen within Q4,” Palihapitiya added.”
The prospect of space travel has been of great interest to both investors and willing travelers, explains Virgin Galactic’s CEO, George Whitesides.
“We’ve had a soft close on sales for the time being. But we’ve actually had over 3000 people try to register their interest in coming to us and flying to space with us, and that’s just since the December space flight. So it’s just been amazing the amount of interest we’ve been seeing, just hundreds and thousands of people who are interested in flying in space,” said Whitesides.
Investors looking at space travel can look into ETFs like the iShares U.S. Aerospace & Defense ETF (ITA), the PowerShares Aerospace & Defense Portfolio (PPA) or the Procure Space ETF (UFO).
For more market trends, visit ETF Trends.