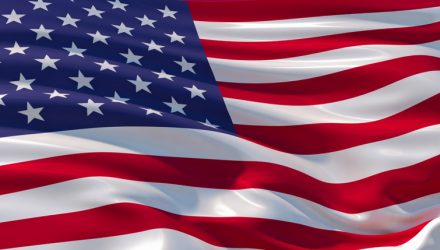 U.S. markets and stock exchange traded funds pulled back from their rally on Monday as traders engaged in the time-honored tradition of profit taking, following a record-setting year-end rally fueled by optimism over a U.S.-China trade deal and an improving global economy.

With no other major market or trade updates expected before the end of the year and thin trading volumes in the new-year-shortened week, some market observers anticipate the record run to lose momentum, Reuters reports.

“It has been a pretty spectacular year, and Q4 especially has been really good, so a lot of times people might be inclined to take some profits,” Randy Frederick, vice president of trading and derivatives for Charles Schwab, told Reuters.

Traders were also waiting on updates from the trade agreement. White House Trade Adviser Peter Navarro said Monday that a deal could be signed in the next week. A confirmation would only come from President Donald Trump or the Office of U.S. Trade Representative. A South China Morning Post report also revealed that Chinese Vice Premier Liu He would travel to Washington to sign the deal.

The midyear shift in monetary policy at the Federal Reserve has also helped support the market rally, with the benchmark indices pushing toward a series of record highs and the markets seeing one of their best years this decade.

With more one trading day left in 2019, U.S. benchmarks are set for their biggest yearly gains since 2013.