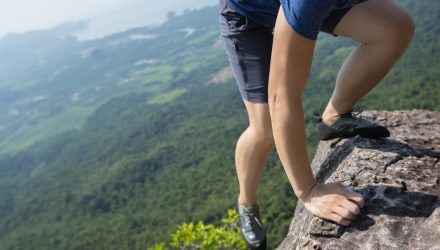 U.S. markets and stock ETFs tried to pare back some of the losses over the past week as traders look beyond reactionary sells toward the bigger economic picture.

Bolstering investor confidence, yields stabilized with the benchmark 10-year Treasury yield rising off a 15-month low and a closely watched part of the yield curve became less inverted, Reuters reports. Markets plunged Friday when the U.S. Treasury yield curve inverted for the first time since 2007, fueling fears of a potential recession around the corner.

“The market still has no idea what the evolution of growth is going to be and we are getting these reactionary days like last week and bounce backs like today,” Michael Antonelli, market strategist at Robert W. Baird, told Reuters. “People are dealing with the yield curve inversion and weak economic data. There is no specific theme for today.”

The sudden aversion to risky assets last week was triggered by a number of weak manufacturing data from the U.S. and the Eurozone, which added to fears of a global slowdown.

“The moves last week caught us off-guard in terms of the market’s newfound sensitivity to the global economic slowdown theme,” John Brady, managing director at futures brokerage R.J. O’Brien & Associates, told the Wall Street Journal. “The United States is not an island; it will slow as the global economy slows. But I think we have a buffer.”

Attention was also back on U.S.-China trade talks as U.S. officials travel to Beijing for another round of high-level trade talks to start on Thursday.

With the first quarter wrapping up, investors are beginning to look to the next three months and the upcoming earnings season.

“It’s been a good quarter for equities, fixed income and credit, which really raises the bar to repeat that kind of performance in the second quarter and brings us back to the point that equities and fixed-income rallying does not, in principle, make sense if the global economy is slowing,” Kenneth Broux, senior strategist at Société Générale, told the WSJ.