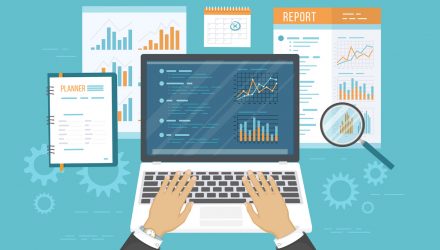 U.S. stocks and related ETFs continued to slip Friday and was on pace for their worst week of the year as rising concerns over U.S. economic growth dragged on this year’s rebound.

On Friday, the Invesco QQQ Trust (NASDAQ: QQQ) was down 0.8%, SPDR Dow Jones Industrial Average ETF (NYSEArca: DIA) slipped 0.6% and SPDR S&P 500 ETF (NYSEArca: SPY) dropped 0.8%. QQQ also fell below its long-term support at the 200-day simple moving average and SPY was testing its 200-day after the back-to-back declines over the past week.

The major U.S. benchmarks declined after data revealed U.S. job growth almost stalled in February with the U.S. economy adding just 20,000 jobs, compared to expectations of non-farm payroll increase by 180,000 jobs, Reuters reports. Nevertheless, there was a silver lining as the data showed the unemployment rate dipped below 4% and annual wage growth was at its best since 2009.

“I wouldn’t say that the jobs report is pointing to a slowdown in the United States, perhaps it is moderating,” Mike Loewengart, vice-president of investment strategy at E*Trade Financial, told Reuters. “But we can’t ignore the fact that we’re seeing growth slow on a global basis and our economy itself could be moderating.”

Meanwhile, questions over the trade negotiations between the U.S. and China, the European Central Bank’s decision to implement additional stimulus measures and the Friday report revealing Chinese exports falling all exacerbated investors’ fears that major economies around the world may be weakening at a much faster pace than expected, the Wall Street Journal reports.

“It’s anyone’s guess at this point,” Tony Roth, chief investment officer at Wilmington Trust, told the WSJ when asked of whether the U.S. economy is truly slowing down. “But we’re seeing a very acute deceleration in Europe and a substantial slowdown in China.”

Related – Socially Responsible ETFs: Gender Equality Could Be a Driver of Return

The sudden weakness comes on the even of the current bull market’s 10 anniversary. Saturday will be the 3,653rd day the S&P began its bull run in the wake of the disastrous financial downturn. However, many are now reassessing the current markets and wondering how long the good times can last.