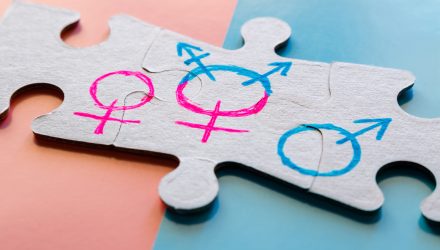 Socially Responsible ETFs: Gender Equality Could Be a Driver of Return

Socially responsible ETFs are more than a fell-good investment theme. They also target companies that do more to drive growth.

Haim Israel, an equity strategist at Bank of America Merrill Lynch, argued that gender diversity can boost return on equity, profit, dividends and market cap at a lower risk rate, CNBC reports. Furthermore, he added companies that focus on diversity trade at a premium to others.

Israel’s findings come amidst the spotlight on pay and employment gap between men and women, with several companies like General Motors and Johnson & Johnson taking steps to bridge that gap. Democratic lawmakers are also working on the Paycheck Fairness Act to close close the pay difference.

“The economic gender gap is reducing at a snail’s pace and, all being equal, will not close for centuries – 202 years,” Israel said. “Corporate America does not look like Main St. America: the average S&P 500 board seats four men for every woman; just 5% of companies have a woman at the helm, and the S&P 600 small cap index, which reflects more recently established corporations, looks even worse on these statistics.”

Bank of America Merrilly Lynch has found that Companies with greater diversity on their boards have also experienced lower volatility in earnings and dividends. “Incentives to close the gender gap are evident,” Israel added.

Equality for women could also lead to a boost to the world economy. Research from McKinsey found gender equality could help bolster the global economy from between $12 trillion and $28 trillion by 2025.

As a way to capitalize on the potential benefits of improved gender equality at the workplace, investors can look to targeted socially responsible ETF plays, such as the SPDR Gender Diversity Index ETF (NYSEArca: SHE) and the Impact Shares YWCA Women’s Empowerment ETF (NYSEArca: WOMN).

SHE seeks to track the performance of the SSGA Gender Diversity Index, which comprises of U.S. large capitalization companies with the highest levels within their sectors of gender diversity on their boards of directors and in their senior leadership.

The ETF offers an effective way to invest in firms that have a greater number of women represented in the upper management of their organizations relative to their peers. The underlying index ranks large- and mid-cap U.S. stocks on a few ratios that measure the number of women to men in executive and board roles and targets those with the highest scores, reflecting 10% of the market capitalization in each segment.