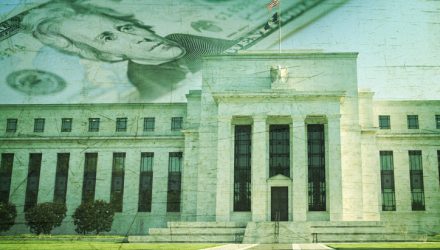 U.S. markets and stock ETFs were slightly higher Friday as investors started to shift away from earnings and refocused on the Federal Reserve’s potential interest rate cut ahead.

After the first big week of the earnings season comes to a close, U.S. markets pushed through mixed results.

“It’s been quiet and persistent, but this kind of market can change on a dime,” Frank Cappelleri, senior equity sales trader and chief market technician at Instinet, told the Wall Street Journal.

“Microsoft is a sign that not all companies are suffering from the downturn we’re seeing in manufacturing or the pressure from interest rates that’s affecting financials,” Jeff Kleintop, chief global investment strategist, at Charles Schwab, told Reuters.

With about 15% of companies in the S&P 500 reporting results, U.S. corporate earnings are on pace to contract 2.1% in the second quarter year-over-year, according to FactSet data. To put this in perspective, at the end of June, analysts estimated second-quarter earnings would contract 3% year-over-year.

U.S. markets, though, received a boost after New York Fed President John Williams said central banks must take action when faced with adverse economic conditions, fueling bets that the Fed could take on a more aggressive 0.5% rate cut in July. However, the bank later clarified that Williams did not intend to signal any specific policy changes.

“Given that a 50-basis-point cut would trigger a further rally in global equities, any remark of dovish nature translates immediately into higher asset prices,” Ipek Ozkardeskaya, a senior analyst at London Capital Group, told the WSJ.