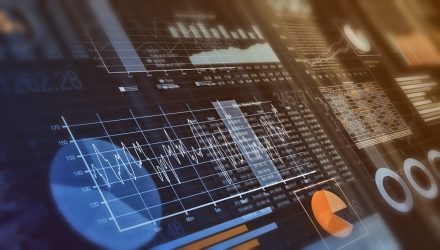 U.S. markets and stock ETFs closed out Wednesday at session lows, ending a three-day streak of record closing highs, after the Federal Reserve stated it will stand pat on interest rates.

Major indices pared early morning gains after Fed Chairman Jerome Powell said in his press conference that he felt comfortable with where interest rates are for now, dampening hopes of a potential interest rate cut toward the end of the year, given the recent inflation readings.

The more stable earnings and economic growth rates have helped kick start this year’s stock-market rally toward record highs while the Fed’s patient stance on interest rates has strengthened the faith in the U.S. outlook, the Wall Street Journal reports.

However, Powell projected rising inflation ahead, keeping the Fed from making a move on interest rates, which surprised some analysts whom had been betting the central bank would even consider lower rates ahead.

“I don’t think even they know what their next move will be or when it will be,” Jeffery Elswick, director of fixed income at Frost Investment Advisors, told the WSJ.

Market watchers will now be closely watching upcoming economic figures to determine the Fed’s next course of action, potentially adding to the uncertainty.

“We have to be mindful that expectations might be getting a little bit lofty here, so if we did see some negative news on the trade front or the economic front, markets would be susceptible to a bit of a pullback,” Candice Bangsund, a portfolio manager at Fiera Capital, told the WSJ.