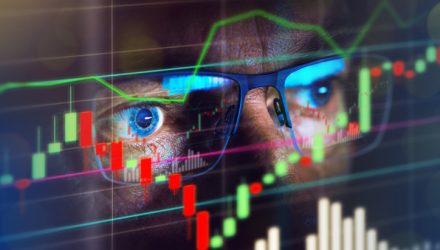 Trump was hopeful that talks with Xi would be productive but cautioned that he had not made any promises bout a reprieve from higher tariffs, Reuters reports.

“What investors expect are good talks, no implementation of tariffs right away and a continuation in negotiations. Which is also the most likely outcome from G20,” Randy Frederick, vice president of trading and derivatives for Charles Schwab, told Reuters. “There are still hopes that things won’t be worse after the weekend.”

Lingering uncertainty over the trade talks ahead of the G20 summit had contributed to more muted trading this week and stalled the rally U.S. equities, with the S&P 500 on track to post its first weekly for June. Nevertheless, the benchmark was still on pace to register its best six-month run since March 2012 while global stocks experienced their best first-half of the year ever.

“The second quarter is a fabulous example of the volatility that is wrought by headlines and emotions,” Michael Farr, president of wealth-management firm Farr, Miller & Washington, told the Wall Street Journal.

“This trade conflict is clearly weighing on the U.S. economy and the political bluster is creating volatility,” Farr added. “But the Fed is showing signs that it is reversing its policy toward one of accommodation, and that is hugely important.”

Consumer spending rose moderately in May and prices was slightly higher, indicating a slowing economy and low inflationary pressures, which helped fuel bets that the Federal Reserve will have room to cut interest rates as soon as next month.