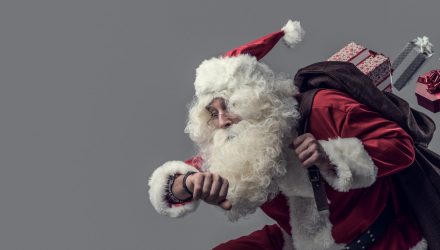 U.S. markets and stock ETFs maintained their fervor after the Christmas holiday, breaking into new highs, with the Nasdaq crossing the 9,000 marker for the first time.

“The important part is that online sales were much stronger than expected. The brick-and-mortar were less than expected, so the online sales, and principally Amazon, saved the day,” John Conlon, director, equity strategy at People’s United Advisors, told Reuters.

Further adding to the positive sentiment after the Christmas break, Beijing confirmed that it was in close contact with Washington over an initial trade agreement, which is widely expected to be signed in early January. President Donald Trump also previously signaled that the pact would be formalized at a signing ceremony but refrained from providing a clear date or location.

Hopes of an end to the prolonged trade war, along with a loose monetary policy and strengthening domestic economic data, have fueled the record rally in U.S. stocks over recent weeks.

“The recession has been postponed,” Christopher Smart, senior market strategist at Barings, told the Wall Street Journal. “Not only has the Fed intervened to provide cheaper money, but U.S. consumers also continue to look very healthy.”

Investors were also pleased to see that the Labor Department’s initial jobless claims dipped by 13,000 for the week ended December 21 to a seasonally adjusted 222,000, or a level reflecting a healthy labor market.