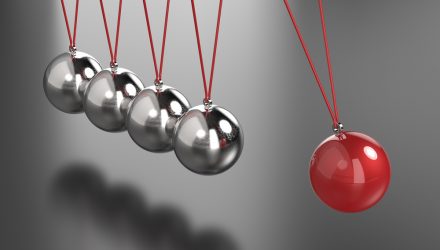 U.S. markets and stock exchange traded funds maintained their momentum Tuesday, with the S&P 500 and Dow Jones Industrial Average hitting three-month highs, on growing hopes of a quick rebound as the economy reopens and tries to return to normal.

The S&P 500 has jumped about 40% from its March lows as improving economic conditions, aggressive stimulus measures and reopening businesses helped the markets recover from the precipitous coronavirus-induced sell-off this year.

“The U.S. equity market continues to rally despite the fact that we’re clearly in a recession,” Keith Bliss, managing partner at iQ Capital (USA) LLC, told Reuters. “Most investors believe that companies will be able to come out of this on the other side, actually in better shape … more efficient and more streamlined.”

The stock markets continued to strengthen despite potential risks that threaten to derail the recovery. For instance, many were closely watching growing tensions between the United States and China over COVID-19 and trade, along with anti-police brutality protests that have turned violent in some cities.

“If this goes on much longer the market will start to reflect the nervousness of the populace and the economy here in the United States,” iQ Capital’s Bliss added.

Some also warn that economic recovery could take longer than many believe. The U.S. economy could take the better part of a decade to fully recover, according to a U.S. budget agency.

“It’s clear that we’re not going to go back to the levels [of economic activity]we saw pre-Covid-19,” Sophie Huynh, a strategist at Société Générale, told the Wall Street Journal. “It’s impossible: we’re living in a self-inflicted recession. We’re going to start the post-Covid 19 world at the start of a new economic cycle.”