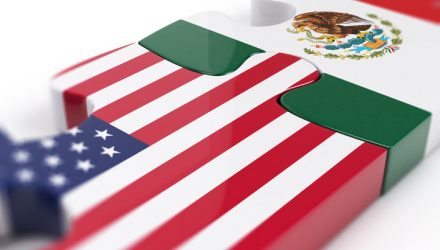 The equity markets strengthened after the U>S. abandoned plans to impose tariffs on Mexican products. On Friday, Mexico agreed to take steps to actively stem the flow of illegal Central American migrants across the border after President Donald Trump threatened to impose a 5% import tariff on all Mexican-made goods, Reuters reports.

In response to the migration promise, Trump called off the tariffs and said any trade barriers were “indefinitely suspended,” the Wall Street Journal reports.

“Both the U.S. economy and the Mexican economy would have been worse off had the tariffs been imposed,” David Kass, professor of finance at the University of Maryland, told Reuters. “Investors are also optimistic today in the hope that the trade war with China will also be resolved in the near future.”

Among the better performers on Monday, car makers shares climbed as the sector has been particularly sensitive to trade disputes across the U.S. and Mexico border.

“It is not just about the market, it is the underlying economy which is not likely to weaken if you have these signs of business optimism,” Willie Delwiche, investment strategist at Robert W. Baird, told Reuters.

Looking ahead, investors will get an update on the health of the U.S. economy this week, with May inflation figures published Wednesday and retail sales data released Friday. The markets have been closely monitoring economic data to gauge the Federal Reserve’s response on monetary policy and potential interest rate cuts ahead.