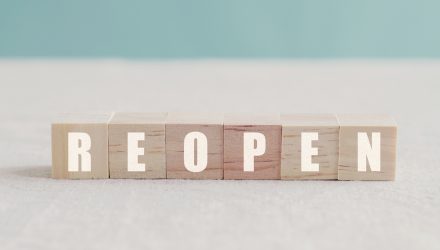 U.S. markets and stock ETFs pushed higher Thursday as the number of Americans filing for unemployment slowed and investors increased bets on a quick economic recovery.

States and cities have been reopening local businesses, adding to optimism that the economy is turning around.

“There is some optimism that the U.S. economy is moving forward,” Jeffrey Schulze, an investment strategist at ClearBridge Investments, told the WSJ. “It’s also important that there are no signs of a second wave of infections.”

The markets have made a swift rebound off the lows, with the S&P 500 surging about 38% from its March lows as reopening businesses and aggressive stimulus measures fueled hopes of a recovery.

“The market believes the worst economic conditions resulting from the coronavirus are behind us,” Tim Shaler, Chief Economist for iTrust Capital, told Reuters.

However, the markets are not totally out of the woods yet. The rising tensions between the United States and China in recent weeks along with fears of a second wave of coronavirus infection in response to the reopenings pose a threat to the recovery.

China went ahead with a resolution to impose a national security law on Hong Kong to control anti-Beijing protests. Meanwhile, the House of Representatives passed a bill to sanction Chinese officials involved in the suppression of Muslim minority groups, and the State Department is removing special privileges for Hong Kong as it no longer enjoys its previous autonomy from China.

“It’s just another potential concern on top of Covid,” Brian O’Reilly, Head of Market Strategy at Italian asset manager Mediolanum, told the WSJ. “Whether we actually get into trade war 2.0—I think even in a second term for Trump, they’d be reticent to go down that path.”