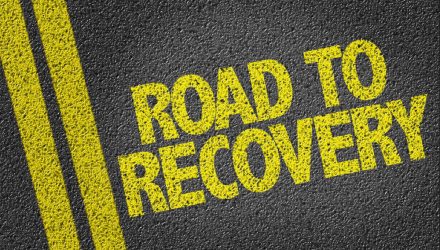 U.S. markets and stock exchange traded funds rallied Wednesday on growing optimism over a global recovery as businesses reopen and economies try to return to normal.

State governments have taken steps to ease restrictions put in place to limit the spread of coronavirus in a bid to kick start a stagnate economy, the Wall Street Journal reports.

“What’s key is how we open up this economy going into the fall and whether or not the opening of the U.S. economy induces a coronavirus surge,” Quincy Krosby, chief market strategist at Prudential Financial, told the WSJ. “We remain at the mercy of the virus.”

Investors have also been watching out for signs of a viable vaccine. For example, Inovio Pharmaceuticals was the latest to reveal an experimental coronavirus vaccine triggered an immune response in mice and guinea pigs, according to a new study. This result came two days after drugmaker Moderna revealed promising results from its first human study of its experimental vaccine.

Many were also closely monitoring the Federal Reserve for further signs of support. In the minutes of the central bank’s April 28-29 meeting, officials pledged to act as appropriate to support the economy until it is on track to recovery, a sentiment that Fed Chair Jerome Powell has voiced in recent days, Reuters reports.

However, some worry about the poor economic data that will likely come out in the coming weeks, which could weigh on the current market rebound.

“Once the economy shut down, we had very little clarity with respect to numbers and measurements, the whole marketplace is sort of flying blind,” Mike Zigmont, head of trading at Harvest Volatility Management, told Reuters. “This market is swept up in a very powerful trend and along the way, it is very confident in itself. There hasn’t been much doubt that we are over our skis.”