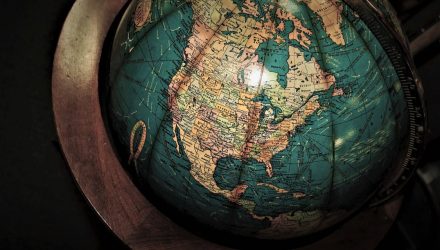 U.S. markets and stock ETFs retreated Friday, stumbling after a strong week, on concerns over global growth in response to poor data out of China.

China’s economy grew at its weakest pace in almost three decades over the third quarter as a trade war with the U.S. weighed on the emerging market and fueled fears of a global slowdown, Reuters reports.

“China data just adds to the continued slowing global growth concept that has been out there for a while,” Chris O’Keefe, managing director at Logan Capital Management, told Reuters.

The Chinese economy expanded 6% in the quarter as business activity continued to weaken.

“The figures are painting markets in red today,” Ipek Ozkardeskaya, a senior analyst at London Capital Group, told the Wall Street Journal. “Pulling below 6% would be really bad for investor sentiment, not only in China, but globally.”

Johnson & Johnson (NYSE: JNJ) also weighed on the broader U.S. markets after the healthcare conglomerate announced it would recall a single lot of its baby powder in the U.S. in response to the Food and Drug Administration’s discovery of trace amounts of asbestos in samples taken from a bottle purchased online.

“Coke is being innovative and Pepsi also had stronger-than-expected earnings. Overall, these companies are benefiting from the strength of the consumer,” O’Keefe added.

Of the 73 S&P 500 companies to report results so far, 83.6% have announced better-than-expected earnings, according to Refinitiv data. Analysts, though, still expect third-quarter S&P 500 earnings to dip by 3.1%, the first contraction since mid-2016.