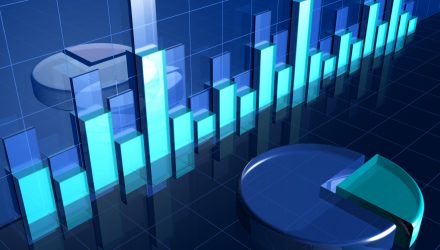 U.S. markets and stock ETFs were slightly higher Wednesday, extending their record setting gains, but a plunge in FedEx shares limited the fever.

All three major indices were on pace to notch their sixth consecutive session of positive gains as markets gained momentum on the expectations of an initial U.S.-China trade deal, Reuters reports.

Analysts argued that the trade agreement last week helped remove a major hurdle for global equity markets, and stocks now have more room to run with the weight lifted.

“The trade truce with China has really set the backdrop for a continued move higher to the end of the year,” Chris Zaccarelli, Chief Investment Officer, Independent Advisor Alliance, told Reuters. “I don’t see a huge rally, just a slow drip.”

Investors, though, should not totally ignore the potential risks of another round of trade problems. “We envisage that a major re-escalation in trade tensions could trigger a 30% fall in U.S. equities,” Oxford Economic warned in a note to investors.

However, the positive sentiment was slightly weighed down by a 10% plunge in FedEx (NYSE: FDN) shares after the delivery company lowered its 2020 outlook on rising expenses, a slowing global trade environment and its breakup with Amazon.com.

Political risk may also be pressuring market gains, but participants seem to be largely brushing off the the almost certain impeachment of President Donald Trump as the House of Representatives begins the historic vote later on two charges accusing the president of abuse of power and obstructing Congress. Historical trends taken during the impeachment of President Bill Clinton and the resignation of President Richard Nixon indicate the markets may not be too heavily affected by the proceedings.