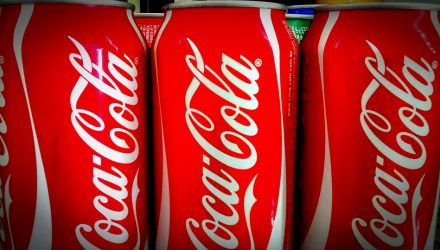 The risk-on attitude has been supported by better-than-expected earnings results that helped push stocks higher. Nearly 80% of 104 S&P 500 companies beating earnings expectations so far in the second quarter, Reuters reports.

According to Refinitiv, overall S&P 500 company profits are now expected to increase about 1% in the second quarter, compared to a small decline estimated previously.

Further adding to the positive sentiment on Tuesday, a debt ceiling and budget deal between President Donald Trump and Congress averted fears of a government default later this year.

“The reaching of a debt ceiling agreement is positive news for all sectors at large, because it’s one additional question that gets removed from the outlook for growth and equities in general,” Mike Loewengart, vice president of investment strategy at E*Trade Financial, told Reuters.

In addition, expectations that the Federal Reserve will cut interest rates at its policy meeting next week have maintained the risk-on attitude in equities, lifting major U.S. benchmarks toward their previous record highs.

Global central banks are also looking at loosening their monetary policies in face of weakening economic growth around the world. For instance, the European Central Bank is expected to loosen monetary policy when it meets on Thursday.

The easier monetary policy should help counteract global weakness. The International Monetary Fund already cut its forecast for global growth this year and the next, warning that the U.S.-China trade war, auto tariffs or a disorderly Brexit could slow growth further.