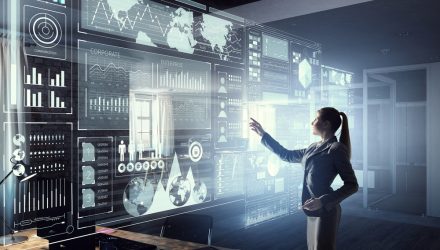 U.S. markets and stock exchange traded funds were mixed Tuesday after a steep fall in consumer confidence reflected the ongoing economic problems stemming from the broad shutdowns in the wake of the coronavirus pandemic.

Investors were bracing for another big earnings week from U.S. technology giants and blue chips, with notables including Google’s Alphabet due to publish its first quarter results after the close Tuesday, followed by Microsoft Corp on Wednesday and Amazon.com on Thursday.

“As we go into earnings, people are getting nervous about all the concentration in the key (technology) stocks and they are probably taking a bit off the table,” Thomas Hayes, managing member at Great Hill Capital LLC, told Reuters.

The technology segment has strengthened and outperformed in recent weeks as investors believed the tech giants were relatively shielded from the worst of the economic fallout.

“The market will get to test whether these companies really are as immune and as defensive as the market seems to think at the moment,” Mike Bell, a strategist for J.P. Morgan Asset Management, told the Wall Street Journal. “I don’t think being online necessarily makes you immune to a potential cutback in advertising revenues.”

Looking ahead, market watchers will be looking for U.S. first-quarter GDP figures due Wednesday, where economists anticipate a 4% contraction.

“It’s a catch-22 sort of situation,” Adam Vettese, an analyst at investment platform eToro, told Reuters. “The longer the lockdown, we could be in for worse economic data. That said, if we lift it too early and see a resurgence in cases, then also we are in a bad situation, which could then lead to more bad economic data.”