You are at:Home»Innovative ETFs Channel»Uber Loses 7.62% on First Day of Trading 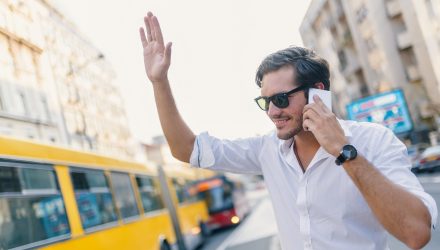 Ridesharing company Uber closed down 7.62% on its first day of trading at $41.57 after taking the plunge into the shareholder scrutiny pool as a public company in one of the worst weeks for U.S. markets this year.

In addition to the market volatility and losses that have accompanied speculation over the United States’ trade war with China, Uber faced issues with workers striking in advance of the IPO release date, and slumping prices on shares of competitor Lyft.

Lyft reported its first earnings report on Tuesday, since going public, which showed more than $1 billion in losses during the first three months of this year. Lyft stock continued its decline the day after.

Still, some investors are more optimistic about the transport services company’s future prospects.

“It’s amazing what [Uber has] built, but they are still not done doing it. They’ve been subsidizing the business,” said Kathleen Smith, principal at Renaissance Capital, which manages IPO-focused exchange-traded funds. “The boat doesn’t float on its own bottom.”