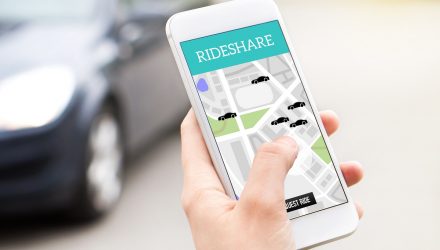 Uber Gets Rocked By Disappointing Earnings While Lyft Delivers

Rideshare company Uber’s stock plummeted 12% Thursday after the company delivered disappointing second-quarter results, before recovering some and settling around 4%. Uber stock prices fell 11 percent, to $38.07, in after-hours trading, raking through the company’s initial stock price of $45. The stock had recovered slightly after the earnings call, down 6.75% to $40 as of 11:30am ET Friday.

However, this is not Uber’s first poor report, but is simply the latest in a protacted series of bad quarters for the ride-hailing company, which also lost over a billion dollars during the first three months of this year, carrying 2019’s losses to over $6.2 billion. Uber said it also faced rising competition in global markets and slowing growth on its core ride-hailing platform, where revenue increased by 2 percent.

Uber has built its business based on its self-employed drivers, but one wonders if this a business model that is sustainable. The company can blame both competition and advancing technology for that, especially with the advent of self-driving vehicles.

“We’re focused on improving profitability in this market and many other markets around the world and based on what we read Lyft seems to be focused in a similar way,” Khosrowshahi said on the company’s earnings call.

Key competitor Lyft, in contrast, reported better-than-anticipated revenue growth and other positive metrics on Wednesday, despite a $644 million loss for the quarter, which gave Lyft and Uber stocks a boost in regular trading Thursday, prior to Uber’s earnings release.