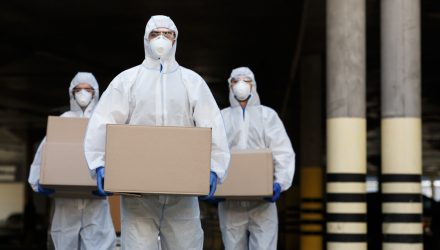 Investors have been closely watching updates on a number of potential vaccine candidates along with the start of global shipments, as drugmakers seek emergency regulatory approvals to combat the global pandemic that has ravaged economies. Pfizer Inc. and Germany’s BioNTech SE sought emergency approval of their vaccine candidate from the European regulator where major cities have already implemented shutdown measures to combat a second wave of infections, Reuters reports. Rival Moderna Inc. also applied for emergency approval from the European regulator.

“There is this optimism about what it means as we see news around vaccines emerge,” Bill Northey, senior investment director at U.S. Bank Wealth Management, told Reuters. “As we look toward a health solution, we could be sitting on a coiled spring of economic activity, but it could take a while for it to be unleashed.”

Global equities also strengthened in the early morning after China revealed factory activity in November increased at its fastest pace in a decade. Several other countries also reported sharp gains in factory activity.

Investors also parsed remarks from U.S. Treasury Secretary Steve Mnuchin and Federal Reserve Chair Jerome Powell at the Senate Banking Committee where they agreed on the need for additional aid to support small businesses that are hurting from the resurgence in coronavirus cases. Mnuchin and House of Representatives Speaker Nancy Pelosi were scheduled to speak about COVID-19 relief and government funding, which expires this month.

Lastly, a bipartisan group of U.S. lawmakers revealed a trimmed down $908 billion COVID-19 relief bill to break a months-long deadlock between Democrats and Republicans over new fiscal aid for small businesses, unemployed people, airlines, and other industries affected by the pandemic.