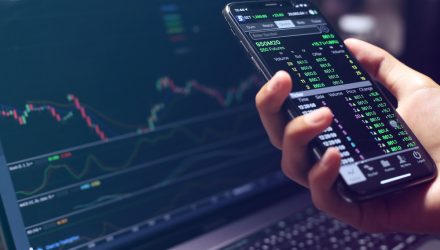 U.S. Stock ETFs Level Off as Rally Shows Some Fatigue

U.S. markets and stock exchange traded funds slipped toward the end of the Thursday’s session after Covid-19 vaccine hopes and a fall in weekly jobless claims helped propel the major indices toward records.

“I don’t think we will see those numbers start to get back to normal until we start to see a rollout of a vaccine,” Sal Bruno, chief investment officer at IndexIQ, told Reuters. “The market is discounting that and saying we are looking forward to the first or second quarter and a rollout of the vaccine to the general population.”

The weakness has also helped push bets on a new stimulus bill soon. U.S. Senate Majority Leader Mitch McConnell pointed to some positive news in congressional efforts to reach a deal on a new coronavirus aid package, but he gave no further details on the plans.

Updates on a coronavirus vaccine have helped push U.S. markets to new highs as many hope for a return to normal next year. However, the recent rally has pushed up valuations and muted gains in recent days.

“Markets have been driving higher, seeing 2021 as the year economies will snap back,” Peter Dixon, an economist at Commerzbank, told the Wall Street Journal. “There is concern a lot of the good news is already priced in, so I don’t expect markets to go shooting into the stratosphere any time soon, but we could see a general grind higher.”