You are at:Home»Innovative ETFs Channel»The End of Apple Has Begun 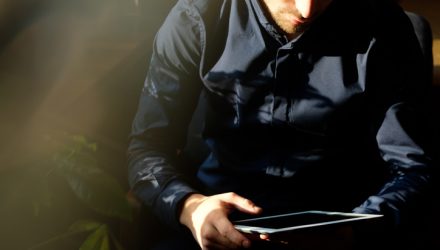 The End of Apple Has Begun

When Apple CEO Tim Cook took the stage this September, nobody expected the shocking news he was about to deliver…

He unveiled the new iPhone 11—the most advanced phone Apple has ever made.

But it was not the triple-lens camera and lustrous finishes that stole the show. It was the phone’s price tag.

For the first time ever, Apple cut its iPhone price.

As I’ll explain, Apple made this move out of desperation… and it may well spell the beginning of the end of Apple’s run as a dominant company.

Apple Is a Phone Company

Let’s get one thing straight…

Apple is not a computer company anymore.

Apple is a phone company.

Since it introduced the iPhone in 2007, Apple has sold 2.2 billion phones raking in over a trillion dollars in sales—more than any other phone maker in history. Meanwhile, Apple stock shot up over 2,037%… and became the world’s largest publicly-traded company. 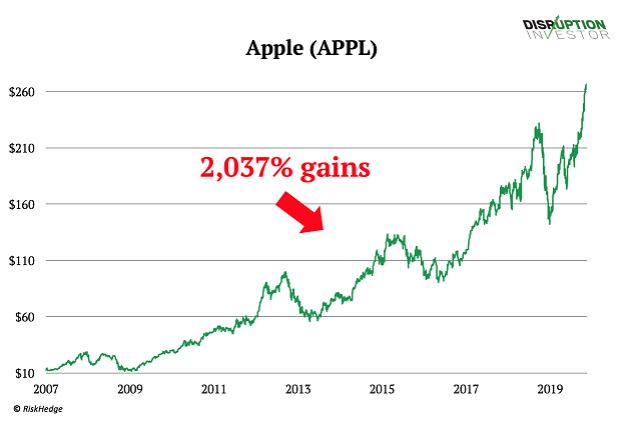 Apple has earned a whopping $1.99 trillion since 2007. The thing is, more than half of it came from iPhone sales.

iPhone is not only Apple’s best-selling product by far. It’s also the company’s most profitable product.

For every dollar an iPhone brings into the company, Apple earns $0.60–0.74, according to PhoneArena. Compare that to the MacBook Air… Apple’s most profitable notebook…which earns a mere $0.29 on the dollar.

For years, iPhone revenues have sprinted higher at an exponential pace.

But in 2015, Apple reached an inflection point. The growth of its iPhone sales has died out, as you can see below… 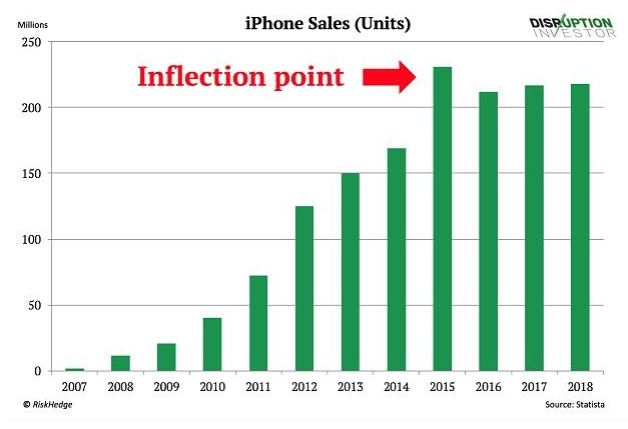 Last year, Apple sold 14 million fewer phones than it did three years ago.

That’s not unusual, though.

Sales skyrocket out of the gate… then flatten out as the market matures… and finally take an inevitable downturn.

Twelve years ago, only 120 million people had a cell phone. Today, over five billion people own a smartphone, according to IDC.

Apple Found a Way to Extend the iPhone Lifecycle

As I wrote earlier, Apple has found a masterful way to extend iPhone’s prime time. The company raised iPhone prices to offset slowing sales and keep its revenue figures growing.

The price hikes kept Apple’s growth engine alive… and for this reason, its revenues have gone on marching higher since 2011.

iPhones Are More Expensive for Apple, Too

Take a close look at the chart below. It shows how much it costs for Apple to make an iPhone… 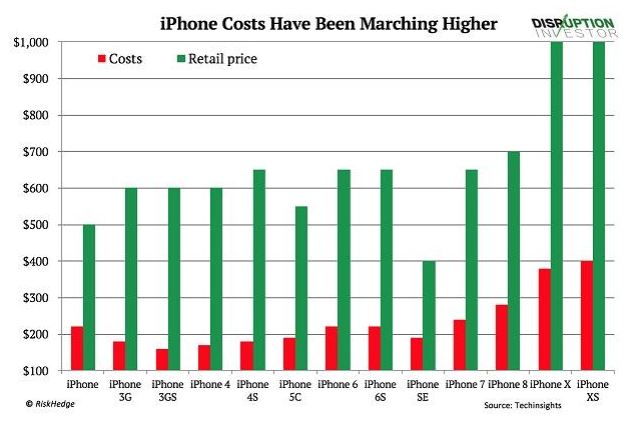 With the exception of a few years, the cost of making an iPhone has been climbing higher since 2007.

Apple has always set records with its phone prices. But as you can see, it did it for a reason. It had to offset the ever-growing costs.

But as I warned my readers before, it was just a matter of time before Apple had to pull back with its pricing.

But in truth, it was almost the same iPhone X, only disguised as a budget phone. It was basically an excuse for Apple to release a cheaper phone to get its sales figures back on track.

This year, Apple went a step further. It slashed the price of its full-fledged iPhone. The newly released iPhone 11 started at $699, a price point not seen since 2017.

Apple did it as a last resort to spur lackluster demand. But in doing so, it has signaled the beginning of the end of its lucrative iPhone business.

The End of Apple

Not only is Apple selling fewer iPhones, it’s now earning much less on each one.

Recent financial reports show that iPhone revenues… which have been Apple’s lifeblood… are starting to sink.

Last quarter, Apple earned 10% less from iPhones than it did during the same period last year. That’s a loss of about $20 billion!

Apple has never earned so little from iPhones… and all this will start showing up in Apple’s financial reports very soon.

Let me make it clear: half of Apple’s business is going off the rails, and there’s no turning back.

While Apple admits the demise of iPhone and is looking into new business directions, these things don’t happen overnight. Meanwhile, Apple’s money-making machine is grinding to a halt.

As I warned you earlier this year, Apple is a ticking time bomb… and for this reason, I’d recommend staying away from this stock.