You are at:Home»Innovative ETFs Channel»Tesla Is the Underdog in the Electric Car Revolution 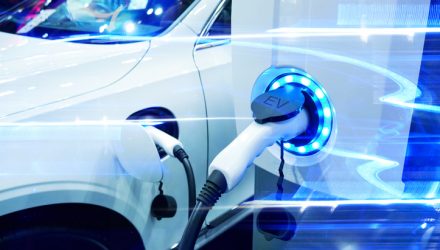 Tesla Is the Underdog in the Electric Car Revolution

If you’re not first… you’re last.

You may recognize this quote from fictional racecar driver Ricky Bobby. But it could easily be straight from a business school lecture.

Many professors preach the importance of “being first” in business.

But I have to tell you… it’s mostly a lie.

Microsoft introduced the first tablet computer in 2000. Apple didn’t unveil the iPad until a decade later.

The iPad has sold 360 million units… while the few “Tablet PCs” Microsoft sold are buried in junkyards.

So much for being first. I could go on and on with examples, but here’s the thing…

More often than not, the “first mover’s advantage” turns out to be a curse.

The most successful companies… the likes of Amazon, Google, Apple that handed investors big gains… were not first movers.

Again and again, the second… third… and fourth movers are the ones that get rich.

Tesla Is a Cursed First Mover in Electric Cars…

In 2008, it released the Tesla Roadster, the world’s first highway-legal electric car.  But the real breakthrough was the iconic Tesla S, its first all-electric sedan launched in 2012.

For the first time, an electric car was not just a toy… but a real vehicle folks could drive every day.

Tesla S has quickly become the standard of electric cars. Over 500,000 cars were sold.

Since the Tesla S release, Tesla stock shot up 670%… 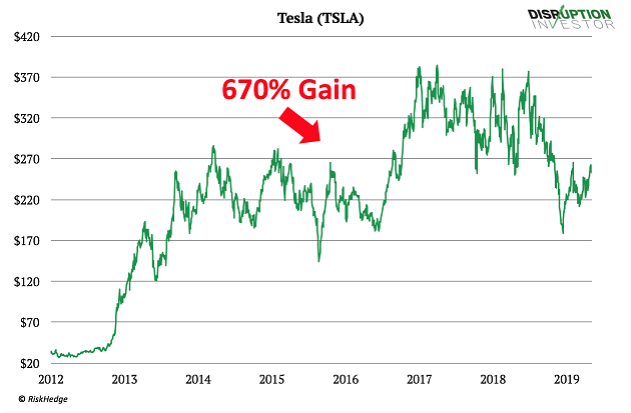 Like all first movers, Tesla initially enjoyed little competition. Until not long ago, there was no electric car model that could compete with the Tesla S.

But everything has changed.

Car giants have woken up. They started releasing one electric car after another, quickly crowding Tesla out.

Most people don’t know this, but Tesla is no longer the leader in electric cars.

As I’ll explain, it’s becoming an electric car underdog that may soon be just another failed first-mover.

This may surprise you…

It shows the number of electric cars sold in the US, Japan, China, and the rest of the world in recent years. 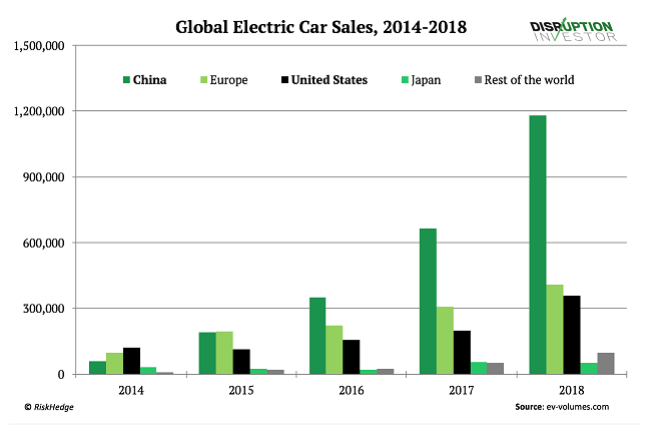 For a long time, America dominated in electric cars, thanks to Tesla.