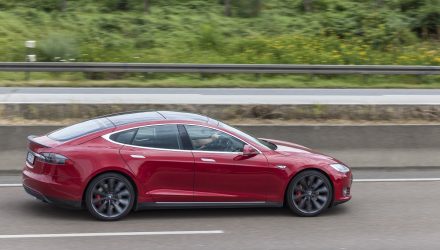 With earnings season in full-swing, the latest earnings from Tesla is expected after the close of the market today.

As of Tuesday, analysts were expecting a loss of 46 cents per share and revenue of $6.42 billion for Elon Musk’s electric car and renewable energy company, according to data compiled by FactSet.

The Q3 earnings release will be the first financial report from the company without co-founder and former CTO JB Straubel. If analysts are correct, the third quarter of 2019 may also mark the first time that revenue growth falls off for Tesla.

To compound issues, the latest headlines regarding Tesla are that the futuristic door handles on the company’s Model S are undergoing incrimination after a fatal crash in which a police officer was unable to retrieve Omar Awan, a 48-year-old anesthesiologist, who was driving his leased Tesla in February when he lost control on a south Florida parkway and the car slammed into a palm tree, from his burning car.

The door handles on the Model S, which are flush with the car and pop out, or “auto-present” in the words of Tesla, when they sense that the key fob is nearby, are being blamed for the tragic death.

“Fire engulfed the car and burned Dr. Awan beyond recognition — all because the Model S has inaccessible door handles, no other way to open the doors, and an unreasonably dangerous fire risk,” according to the Oct. 10 suit. The complaint cites the cause of death as smoke inhalation and notes that Awan had sustained no internal injuries or broken bones in the crash.

Although Tesla didn’t immediately respond to a request for comment, Consumer Reports noted in 2015 that broken door handles were one of the most common problems with the Model S.

Piper Jaffray’s Alexander Potter (who forecast a 12-cent loss per share ahead of consensus) wrote in a note to clients ahead of the earnings update:

“As always, accurately predicting quarterly results will remain a challenge for the next few quarters, particularly because it’s difficult to pinpoint the exact timing of Tesla’s new facility in China – not to mention the launch timing for the Model Y crossover. While these initiatives create modeling headaches, we think they will position Tesla favorably in the medium-to long-term.”

After forming a low in May, Tesla stock has been in an uptrend since then, and is currently trading around $255 a share.