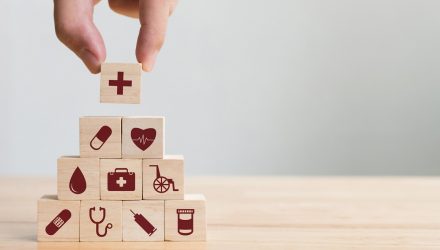 While markets have had a choppy week, 2019 has revealed some outstanding performers in certain underrated sectors. Technology and healthcare have been solid spaces to invest in, despite how the headlines might appear.

“With respect to tech and healthcare, I think it’s pretty easy to say that both sectors are trading devoid of fundamentals. And it’s interesting to see how headline risk has played more of a part in performance than anything else. When you look at tech, their growth projected for Q3 is negative, and I think they’ve gotten a recent reprieve from the trade related tensions which has added to their performance. If you look over the past three months it’s one of the better performing sectors. And also if we run a simple momentum–quant screen, technology definitely fits within the top three. So the rationale for the strong returns, and also from the ETF perspective, concerted inflows of the past three months, have been that there are momentum technical buying. As it continues to go up, those valuations start to become a concern. And that’s why I think they’re trading a bit devoid of that sort of fundamental aspect,” Matt Bartolini, Head of SPDR Americas Research at State Street Global Advisors explained.

Like technology, healthcare does not appear to be an obvious choice based on the momentum screen. But it ranks as one of the top sectors says Bartolini.

“So healthcare has been one of the more beaten up sectors over the past year and year to date, and it’s expected to report the highest year-over-year revenue growth of all 11 sectors next quarter. And at the industry level, five out of six industries are predicted to have really strong revenue growth, in some cases double digits. And last quarter 97% of healthcare firms beat earnings. You know 60% saw their margins increase. That was the best out of any sector. So they have a really strong earning sentiment. Yet they rank the worst based on that same momentum screen, and have actually had negative returns over the past year. That’s actually create a more of a valuation opportunity, and when we look at a blend of five different valuation metrics, they actually screen as attractive,” Bartolini explained.

Other sectors that rank as attractive include energy and financials, which have also had a rough year, but do not have the same earning sentiment strength, according to Bartolini.