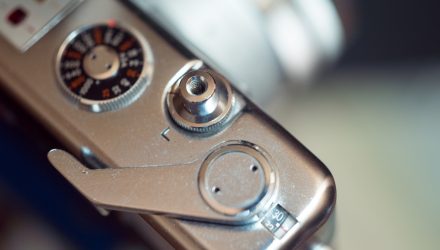 U.S. markets and stock ETFs danced back and forth Thursday as the recovering risk-on sentiment was depressed by increased global tensions.

“We’re in a topping-out phase as the major pieces of news that had really been driving the market haven’t been developing,” Martin told the WSJ, adding that investors are looking ahead to next week’s two-day Fed meeting for further clues on the health of the U.S. economy.

Keeping markets from breaking out on Thursday, weak Chinese economic data weighed on sentiment. Data revealed industrial output was lower expected in January and February, fueling concerns that the world’s second-largest economy may be slowing down.

“We are living in a tug of war between bad cyclical indicators and improving monetary conditions. Those opposing forces for markets won’t change anytime soon,” Alain Bokobza, head of global asset allocation at Société Générale, told the WSJ.

Additionally, President Donald Trump signaled that he wasn’t in any rush to push through a trade deal with China. U.S. officials warned that a March agreement looks unlikely and were talking about an April date.

“The market has been pricing the prospects of an imminent trade deal with China and news of it being pushed back creates more uncertainty and investors want to see a resolution,” Paul Brigandi, managing director and head of trading at Direxion, told Reuters.